Sixty-five years ago next month – on August 11, 1945 – Polish-born Holocaust survivor Larry Wenig vowed to utilize all of his talents toward creating a Jewish state in Palestine.

Although he moved to America a year later, Wenig never forgot his vow and later became vice-chairman of the National Executive Committee of the Zionist Organization of America. Presently retired after several decades of practicing law in New York City, Wenig continues to lecture and write op-eds about Israel and the threat of radical Islam.

He has also authored two books: From Nazi Inferno to Soviet Hell and My Life of Turmoil: A Jewish Immigrant’s Story and Warning.

The Jewish Press: What happened on August 11, 1945, that inspired you – a 21-year-old man at the time – to vow to devote your energies toward the creation of a Jewish state?

Wenig: First, I should mention that I was a prisoner in the Soviet Union for five years [during World War II]. We escaped the Soviet Union in June 1945 by bribing the KGB, and we arrived in the Polish city of Krakow. And there, on August 11 – a few weeks after the Holocaust – there was a pogrom against the Jews. I heard the mob yelling that the Jews killed a Christian boy and had used his blood to bake matzos. I never ran so fast in my life.

No one was killed that day, but I said to myself, “If you have pogroms against Jews a few weeks after the Holocaust, then for the Jewish people to survive, the Jews must have their own country.” I took a silent oath that I would devote the rest of my life to that cause.

Some people argue that Poland was not as anti-Semitic as many Jews portray it to be.

Poland was a very vicious anti-Semitic country. When I was in Krakow after the war, I went to the barbershop to get a haircut. There were some Polish people there and I heard them say, “This was a terrible war, it was evil, but we will forever be grateful to Hitler that he got rid of the Jews.”

In the 1930s, the Poles were so anti-Semitic that you could sometimes hear people yelling in the street, “Long live a free Poland without Jews.”

In light of the vow you made after the near-pogrom in Krakow, why did you eventually move to America?

My stepsister had also taken a similar oath, but when we told our father we planned on going to Palestine, he went down on his knees, crying, “We survived so much. I’ve already lost two sons [killed by the Nazis and KGB]. Please don’t break up the family.” So my stepsister and I had to give in.

When you arrived in America a year later, you were 22 and knew no English. The easy route would have been to start working full-time. And yet, you decided to finish high school and then go to college and law school. Why?

I wanted to become a lawyer because of the justice I saw in the Soviet Union. I saw a trial there of a person who engaged in black-market operations. He had a lawyer, but the lawyer was afraid. He said, “My client is guilty, but since he comes from a proletarian family, instead of 25 years, give him 10 years.” This was justice in the Soviet Union. A lawyer could only defend his client by pleading guilty but asking for a lesser punishment.

In your second book, you write about an interesting encounter you had with President Carter in reference to Communism.

When Carter decided he wanted to run for president, he traveled to the big cities to gauge how people felt about him. A few Jewish organizations in Long Island invited him to a Sunday forum at the Garden Jewish Center in Flushing, Queens. As a Zionist leader, I was also invited and placed on the dais next to Carter.

Naturally [since this was the Cold War era], I started discussing the Soviet Union with him. Carter knew nothing. He didn’t know any of the leaders, he didn’t know the history. We departed very nicely, but as I walked away I said to myself, “This man wants to become the president of the United States?”

Where in the Soviet Union did you live during the Holocaust?

We lived in gulag 1499 on the outskirts of Siberia for 18 months, and then we were settled for three-and-a-half years in the Soviet Muslim republic of Uzbekistan. For two of those years, we lived in a mud room next to a cow. I was sent to a Communist school where they tried indoctrinating me in Communist ideology.

It was a predominantly Muslim school body, and that’s where I learned the hatred that Muslims have for infidels. I remember one of the Russian Christians at the school said, “If these Muslims could, they would slaughter us like sheep.” They didn’t want to look at us. They treated us like garbage.

It’s interesting you say that, because many people believe radical Islam started in the 1990s.

You know when it started? In 636 when Caliph Omar dispatched an army of 25,000 Muslims on a jihad against Christian countries.

What frightens me is the ignorance about Islam – even among members of our government. Until 2004, I was in Washington every June for two days [as a ZOA representative] meeting with officers of the State Department, Defense Department, CIA, and senators and congressmen. They’re smart people, intelligent and educated. But they don’t comprehend fundamentalist Islam.

Even Israeli leaders don’t comprehend it. Muslims will never accept a Jewish state. You cannot have an infidel state in a Muslim region.

Sometimes you hear Jews saying, “We have an agreement with the Arabs.” But any agreement that a Muslim country signs with an infidel country can be broken pursuant to the principle of the Hudaibiya [the name of a 10-year agreement that Muhammad broke after two years].

I understand Israelis need peace. I don’t blame them, but unfortunately they’ll never have it. Never ever. 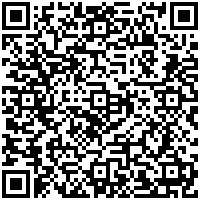