Local officials are offering different explanations for the blast that rocked Esfahan (also spelled Isfahan) a few hours ago. It will be some time before there is enough information to make a good assessment, but a few things can be said now.

First, although the probable location of the explosion hasn’t been clarified, comments from the provincial governor suggest that it was on the east side of the city. The governor claimed that the blast resulted from a military training exercise at the air base co-located with the Esfahan International Airport, which is situated on the east side of the city. Presumably his comments, whether true or not, were intended to offer an explanation consistent with the local inhabitants’ experience of the blast.


The Esfahan nuclear compound is located east of the metro area, but there are good reasons to doubt that the uranium conversion facility – the main operational component of the Iranian nuclear network in Esfahan – was being targeted. The UCF converts yellowcake to usable forms of uranium, including uranium hexafluoride, or UF6, the compound that is then enriched up the road at Natanz. Causing a big explosion at the UCF would risk releasing the UF6 into the atmosphere, and creating some amount of hydrofluoric acid, a toxic compound that forms when UF6 comes in contact with humidity in the ambient air. It takes a lot of UF6 to generate widespread contamination, but that’s what the UCF at Esfahan has: a lot of UF6.

We can discount the possibility that a foreign agency would deliberately cause an explosion that could rupture UF6 containment at Esfahan, short of an in-extremis situation.

Of equal importance is the fact that this facility is not a high priority for a set of limited attacks. Iran already has enough enriched uranium for several nuclear warheads; attacking the Esfahan UCF doesn’t buy time against weaponization. I very much doubt the UCF was attacked, and it is very unlikely that it suffered an accidental explosion. (The UF6 stored there could not have caused a blast like the one reported.)

We will know more when there is new, post-blast satellite imagery of the area (like that of the missile base west of Tehran where there was another explosion earlier this month). At that point, it will probably be clear whether there was an explosion at a military facility. If there was a blast east of the city, it could have occurred at one of several sites, most of which are bases for conventional forces (armor, artillery, and air forces). (For more on the sites, Arkenstone has a nice presentation.)

One thing these sites have in common is that they store lots of fuel. A blast of the size reported, which was heard in several places throughout Esfahan and broke windows in some (unspecified) areas of it, was probably caused by a fuel depot explosion. Michael Ledeen reported, after the earlier blast at Bigdaneh, that the major explosion there was induced in the fuel repository by a smaller, prior explosion. That accords with the effects reported from the blast by inhabitants of Tehran and its western suburbs.

Ledeen characterizes the series of recent explosions in Iran as a “war against the mullahs,” and at this point, that explanation has more going for it than the supposition that Iran’s nuclear weapons program is being attacked. The attacks – if that’s what they are – appear poorly designed, if the targets are components of the nuclear program.

At this point in Iran’s progress, the highest-value point of the process to be targeted is the weaponization effort: making a nuclear device work, and mating it with a delivery platform. The explosions so far appear almost random, rather than orchestrated to effectively interdict the nuclear weapons program. Michael Ledeen’s explanation, that internal insurgents have been attacking the Revolutionary Guards, accords better with the known facts. He also points to earlier attacks on refineries and pipelines, which, in terms of the explosive agent leveraged, suggests a concerted effort to produce a lot of disruptive explosions around the country, using the handiest materials out there.

We’ll probably have to wait to view the after-effects in the Esfahan area to be sure what happened there today. A blast of the reported size can’t be made, within a few days, to look as if it never even happened – not even by Service Pro.

This article first appeared in HotAir. 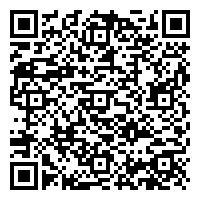