The first day of a historic democratic election in Egypt has come to a close, with a higher than expected turnout and a strong showing for Islamist parties.

Electoral overseers received hundreds of complaints of voting violations, including vote buying and the abuse of a law forbidding campaigning on election day.  Delays in the delivery of ballot slips to polling stations and the late arrival of ballot supervisors were included in the list of grievances.

On Sunday, Field Marshal Mohammed Hussein Tantawi, the interim President and head of the Supreme Council of the Armed Forces, urged Egyptian citizens to participate in elections, even as citizens called for the army to cede power.  Also on Sunday, protestors in Cairo demonstrated against Tantawi, demanding that he and his fellow generals immediately resign.

Protests against Tantawi’s government have continued throughout the country, with particular gusto in Cairo’s Tahrir Square.  Yet some protests have focused on hate for Israel, including a special Muslim Brotherhood rally in Cairo on Friday entitled “Kill The Jews.”  Since Saturday, more than 42 people have been killed and 2,000 injured.

The Muslim Brotherhood, a radical pro-Jihadist organization poised to win the first stage of elections, will likely use their victory to enforce anti-Israel policies in Egypt and garner support for the Palestinian Authority (PA).  Their credo states “God is our objective; the Quran is our constitution, the Prophet is our leader; Jihad is our way; and death for the sake of God is the highest of our aspirations.”  The state of Israel is the number one threat to Egyptian security, according to the body, making Jews “the most serious problem in terms of Egypt’s national security.”

On Monday, the gas pipeline between Egyypt and Israel was targeted again, with masked gunmen exploding the line near El-Arish in the northern Sinai.  The line has been attacked 8 times this year. 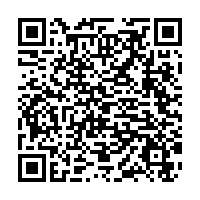