Back in 2007, when Vladimir Putin promised to rebuild Russia’s military and resume its activities on the world stage, Westerners were complacent.  Russia was an economic basket case, after all.  It would take years for modernization programs to kick in.  And even when they did, they would bring Russian capabilities to no more than what America already has.  Right?

That may be the case for some conventional forces.  But when it comes to “strategic” missiles – missiles used for the purpose of strategic intimidation – it’s 2012 now, and Russia is unquestionably ahead of the United States.  Not in terms of numbers, but in terms of missile capabilities.  The Russians have already fielded ICBMs that are better than anything we have.  These missiles present a much tougher target for our national ballistic-missile defense network than anything has before.  If they are launched against us – and certainly if they’re launched against anyone else – a lot of them are going to get through.


The missile tests popping up all over Asia should be seen in this light.  Everyone’s arming up, starting with Russia.  As we speak, Moscow is rearming missile units with Russia’s most advanced ICBM, the Yars missile, which was first tested in 2007.  The Topol-M missile, tested in 2004, is already deployed.

The US, by contrast, has not developed or tested a new long-range missile system since the Reagan administration.  The US Air Force conducted test launches of the Minuteman III ICBM in February and early March 2012 (the last test launch, in 2011, resulted in the missile being destroyed by the controllers in flight, due to a malfunction, rather than being allowed to proceed to splash-down).  The Minuteman III entered service in 1970.  The MX Peacekeeper ICBM was decommissioned in 2005.  The Navy’s Trident II D-5 ballistic missile, which entered service in 1990, was tested in March 2012.

The Russians plan to complete the modernization of five strategic rocket force units by the end of 2013.  Shortly before the US election, Russia held a big strategic exercise in which long-range missiles were launched from sea and shore.  Russia isn’t resting on her ICBM laurels either; besides putting the new Bulava submarine-launched ballistic missile (SLBM) into service, she is developing a new ICBM with a huge, Cold War-style nuclear-payload capacity on a much improved missile body.

But in a very missile-choked continent, Russia is just the biggest kid on the block.  China has her own robust ICBM programs.  On 24 July, 2012, China conducted the first test of her newest ICBM, the DF-41, which can hit all of the United States.  The Chinese have also tested the DF-31A ICBM throughout 2012.  The DF-31A can hit much of (not all of) the United States.  The most recent test was on 30 November, which also happened to be the last day of a joint US-Chinese disaster-relief exercise in Chengdu.

India, with China and Pakistan to worry about, continues her own ballistic missile testing.  In April 2012, India tested the Agni-V, her most advanced ballistic missile, which, with a 3100 (statue) mile range, can reach most of China and all of Pakistan.

India also tested an interceptor missile in November 2012, claiming a successful intercept, although the type of target missile was not reported.

And, of course, Iran is working hard on improving her MRBM inventory (and testing it to create alarm in the region).

So when you see that North Korea is preparing to launch a ballistic missile, keep in mind the character of the neighborhood.  Because of the danger presented by North Korea, the US and South Korea agreed in early October 2012 that Seoul would double the range of South Korea’s own ballistic missiles from the Hyunmoo series.  This is the kind of thing that would have gotten a lot more coverage if there were a different president in the Oval Office.

Japan is also concerned, of course.  Tokyo is deploying Patriot missile batteries and putting the armed forces on alert in preparation for Pyongyang’s launch.  It may not be long before Japan decides she wants her own ballistic missiles.  Having been capable of putting satellites in orbit for 40 years, the Japanese could develop and deploy ballistic missiles on a very short timeline. 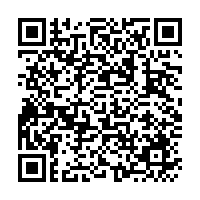