Chaos – that is how the world is described at its inception in the book of Beraishis (Genesis). Confusion. A lack of clarity and boundaries. Or, as I teach my kindergartners, “a mishmash”.

That has been my life recently, as I have grappled with the myriad of details that accompany moving from one home to another. There is an expression, “Go into chinuch (Jewish education) and see the world.” Our family has not had to crisscross the map too many times (we’ve lived in three out-of-town communities), yet somehow we’ve lived in nearly ten different homes in three decades. And for me, well, this has posed a great challenge. The first is remembering our phone number. I remember standing in a store and being asked what my telephone number was. Meanwhile I was trying desperately to remember what my new area code was. Once, when I was faced with a third move in five years, I felt it was too much to have to meet new people once more. One wonderful woman reminded me that as a result of the moves, I had been given the opportunity to meet a great variety of people, and deepen my ahavas Yisrael (love of fellow Jews).


The challenge of moving is to do it without losing all of one’s possessions, and one’s mind. Not long ago, I brought over a plate of cake to welcome a new family to our community. Though it had been but a few days, I will never forget how the house looked. All the curtains were hung and the kitchen totally organized. There was not a box in sight. Floating flowers were in a giant vase on the dining room table. I stepped out, bewildered at the site, knowing that this newly-moved into home was much more orderly then my own.

One of my daughters used to complain when she was young about her lack of talent. She believed that each sibling had something special, whether being artistic, athletic, musical, or even adorable. “But you’re so organized!” I said. She sighed. “That is not a talent”. “Honey,” I answered, “when you get older you’ll realize that it is the best talent of all!” And now she does, as she is able to keep her family and possessions organized while living in a small Israeli apartment. She works outside of her home, but never loses papers or searches for socks, because of her ability to stay organized.

My husband and I asked daas Torah (Torah advice from a scholar) about which neighborhood in our current city we should move to. Should we live where most of the shomer Shabbos people (Sabbath observers) lived, next to one shul or to the neighborhood with only a handful of families, next to the other shul?

There was not a kosher mechitza in the shul with the larger group of people, we told the rav, but my husband intends to daven in the other shul no matter where we live. “No,” the rav told us, “You cannot live near a shul without a kosher mechitza.”

So we moved far away from the shomer Shabbos population, until the day the mechitza was finally made kosher. Our kids were thrilled. Now they could live within the main community, and no longer have to walk a ½ hour each week to see their friends. Those Shabbos afternoons had been hard on us too, as we wouldn’t see the kids until we picked them up after Shabbos.

My husband agreed that we should move closer to the other neighborhood, but still felt obligated to help the minyan in the smaller shul. So, we moved closer, but not to the heart of the community; we stayed on the outskirts, but our kids were able to walk to their friends.

Unfortunately, it was time to move once again. This time we were desperate to find a suitable house, and grabbed the first one we saw. We were relieved there was the right amount of bedrooms and lots of storage space. However, once more we were a long distance away from any shomer Shabbos families. Once more our children would leave the house Shabbos afternoon and not to return till after Havdalah.

Fighting the Blight of Durban 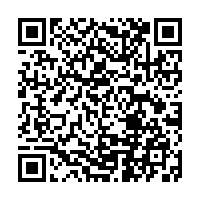