The Palestinian Authority has been boasting over the past four years of its success in restoring law and order to the West Bank city of Jenin.

Journalists from all around the world were invited to Jenin, once notorious for dispatching suicide bombers to Israel, to report on the Palestinian government’s successful efforts.


Palestinian leaders and government officials told the journalists how their security forces have managed to end the state of chaos and lawlessness that used to prevail in Jenin.

They talked about how Fatah gangsters and thugs who used to roam the streets, imposing an atmosphere of intimidation and terror on the population, have vanished.

Most of the gangsters, the Palestinian government officials noted, had been recruited to various branches of the Western-funded Palestinian security forces and were indirectly receiving salaries from American and European taxpayers’ money.

Many Western correspondents rushed to Jenin to cover the story about the success of the Palestinian Authority in restoring law and order.

One of the most popular stories was the fact that Zakaria Zubeidi, the former commander of Fatah’s armed militia, Aqsa Martyrs Brigades, which was behind dozens of terror attacks against Israel, was now running a local theater and promoting coexistence and peace. But while the international, and Israeli, media were breaking the “good news” about Jenin, the journalists failed to understand what was really going on in Jenin and its surrounding villages. Some journalists, in fact, chose to turn a blind eye to the grim reality on the ground.

The murder of Israeli Arab actor and film producer Julian Mar-Khamis in Jenin last year should have sounded an alarm bell among the media representatives. His killers have never been caught, sparking a wave of unconfirmed reports about the involvement of influential Fatah gangsters and Palestinian security officers in the case.

A Western journalist who wanted to do an investigative report into the case was warned by senior Palestinian security officers that she would be putting her life at risk if she insisted on carrying out this mission.

Last week, the truth about the situation in Jenin finally exploded in the faces of everyone: the local governor died of a fatal heart attack following an unsuccessful assassination attempt. For the Palestinian Authority leadership, the assassination attempt was what lifted the veil: Palestinian leaders in Ramallah realized that they could no longer continue to hide the truth about what was really happening in Jenin.

The biggest mistake, Asideh added, was that the Palestinian leadership had turned its back to the defect, allowing the situation to deteriorate at the expense of the people’s security.

If the Western journalists and donors continue to ignore the reality on the ground, the West Bank could soon fall into the hands of gangsters and armed clans, as has been the case in Jenin — among the main reasons the Palestinian Authority collapsed in the Gaza Strip in 2007, speeding the rise of Hamas to power.
Originally published by Gatestone Institute http://www.gatestoneinstitute.org

Appeal To All Right-wing Voters – The Walter Bingham File [audio] 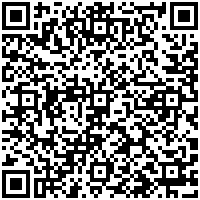