US President Obama again made his opinion clear that he supports Acting-President of the Palestinian Authority Mahmoud Abbas call for creating a Jew-free country.

President Obama told visiting Israeli Prime Minister Benjamin Netanyahu in October 2014, that the US is against both Jews building new homes and against Jews moving into existing homes in areas that Abbas wants to keep Jew-free.

The Obama administration comments were in response to two recent events: planned construction of 2600 new homes in Givat Hamatos and six Jewish families moving into homes they purchased in the predominantly Arab neighborhood of Silwan. Both neighborhoods are in the eastern part of Jerusalem.

White House spokesman Josh Earnest said “The US condemns the recent occupation of residential buildings in the neighborhood of Silwan by people whose agenda provokes tensions.” Note this Obama condemnation was not about building a new town in a remote region of the West Bank; this was about Jews buying and moving into existing houses in Jerusalem. The reason? Because it makes the Arabs angry.

Abbas has been on record that he doesn’t want any Jewish presence in a future Palestinian country. He wants Israel to keep Jews out of potential Palestinian land now so he won’t have to evict them or pay them compensation to leave later (similar to the compensation he expects Israel to pay to Arabs who left property in 1948). In July 2013, Abbas said “In a final resolution, we would not see the presence of a single Israeli — civilian or soldier — on our lands.”

Blatantly anti-Semitic statements from Palestinian leadership which call for banning Jews from the region is not new. In the Arab riots of 1936-9, Arabs effectively convinced the British to limit Jewish immigration to only 75,000 over the 1940-5 years, at the end of which time, Jews would be banned from moving to the country altogether. The Arabs and British took this action during the Holocaust in Europe, aiding in the murder of thousands of innocents who could have found refuge in their homeland, which the League of Nations had mandated 17 years earlier to be “national home for the Jewish people”. While the Jews were being killed in Europe, hundreds of thousands of Arabs from around the Middle East moved into Palestine.

Liberals could perhaps try to forgive Obama’s ignorance regarding Jews in the region – maybe he doesn’t know that:

Jews have consistently been a majority in Jerusalem since the 1860s- 100 years before the 1967 war; Jews were always allowed to live throughout the land- including under the Ottomans for 500 years and then under the British Mandate; Yemenite Jews were the original settlers of Silwan, back in 1882; The League of Nations Palestine Mandate (1922) specifically stated that no one should be barred from living in the land due to religion: Article 15: “No person shall be excluded from Palestine on the sole ground of his religious belief”; The Palestinians and Jordanians started both the 1948 and 1967 wars which gave Israel half (in 1948) and then all of Jerusalem; The Palestinians and Jordanians evicted all of the Jews from the eastern half of the city in 1949, barred the Jews from visiting the holy sites and are attempting to recreate that Jew-free environment in that part of the city today; Jerusalem was never intended to be Jew-free or a Palestinian city according to the 1947 UN Partition Plan; Israel already gave the Palestinians half of the “Holy Basin” when it gave control of Bethlehem to the Palestinian Authority; In the more macro story: Jews have lived in Jerusalem for over 3000 years – 1600 years before Islam brought the Arabs to Jerusalem; Jerusalem is the holiest city for only one religion – Judaism; Only one people – Jews – ever made Jerusalem its capital in its 4000 year history; The identity of Israel is Jerusalem; it is the only country to have a national anthem ABOUT its capital 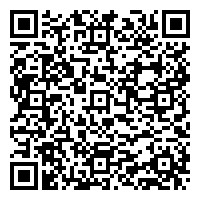