Home InDepth Analysis Obama’s Year Of Failure
Share on Facebook
Tweet on Twitter
At the outset of President Obama’s second year in office, his entire Middle East strategy lies in tatters. But Obama appears incapable of learning the lessons of his failures.

Within days of entering office Obama signaled that his presidency would make appeasing America’s Middle East adversaries at the expense of its allies its top order of business. Obama gave his first interview with the foreign media to the Al Arabia television network. He waived U.S. sanctions against Syria. He begged Iran’s leaders to allow him to appease them.

In June he thumbed his nose at Egyptian President Hosni Mubarak by inviting representatives from the Muslim Brotherhood to attend his “historic” speech to the Muslim world in Cairo.

Also in June Obama mismanaged the results of both the Lebanese parliamentary elections and the Iranian presidential elections. In both cases he failed to support America’s allies against America’s foes and the consequences of his failure have been disastrous.

In Lebanon, when the pro-Western March 14 movement won a clear electoral victory over Hizbullah’s Iranian and Syrian-controlled coalition, Obama did not back the March 14’s attempts to form a government without Hizbullah. His silence frightened March 14 coalition members. Its most vulnerable factions defected to Hizbullah’s camp, making it impossible for March 14 leader Saad Hariri to form a coalition without Hizbullah. And so, despite its electoral defeat, today Hizbullah sits in Hariri’s government and exercises veto power over all governmental decisions.

As for Iran, after Mahmoud Ahmadinejad brazenly stole the presidential election, Obama – rather than stand with the pro-democracy opposition – claimed he didn’t want to interfere in Iran’s internal affairs. In so doing, he effectively sided with Ahmadinejad.

Obama’s support for the likes of Ahmadinejad and Supreme Leader Ali Khamenei against the Iranian people emboldened the regime in its pursuit of nuclear weapons. Not only did Iranian leaders reject Obama’s offer to enrich uranium for them outside Iran, they announced their intention to build ten additional uranium enrichment plants. They brought Turkey into their axis. And they stepped up their subversive activities against U.S.-allied Arab states like Egypt and Saudi Arabia while escalating their support for insurgents in Iraq and Afghanistan as well as Yemen.

Over the summer Egypt rounded up a cell of Hizbullah terrorists. The cell members were planning to conduct a series of sensational terror attacks in the Suez Canal, which they believed would result in the overthrow of the Mubarak regime. The Hizbullah cell members were reportedly assisted by Muslim Brotherhood cells in Egypt and by Hamas – the Palestinian chapter of the Muslim Brotherhood – in Gaza.

One might have thought that, given the stakes, the U.S. would stand foursquare behind its most important Arab ally. But by engaging Iran and embracing the Muslim Brotherhood, the Obama administration signaled to Cairo that it could no longer trust Washington.

And so, fearing for its future in the face of the rising Iranian axis, Egypt has taken matters into its own hands. To prevent Iran from making further inroads with the Muslim Brotherhood through its Hamas proxy, Egypt has begun building a steel barrier along its border with Gaza to block Hamas from operating in its territory. This belated move to prevent smuggling is a welcome step, but it should not be mistaken for anything other than what it is: an Egyptian decision to take matters into its own hands in the absence of confidence in Washington.

The unprecedented radicalization of Palestinian moderates is one of the most direct effects of the first year of the Obama presidency. From the outset, Obama has encouraged – indeed forced – Fatah leaders to embrace radicalism and eschew any possibility of reaching a genuine peace with the Jewish state.

Immediately after taking office, Obama began proclaiming that the root of all the region’s instability is the absence of a Palestinian state in Gaza, Judea and Samaria and Jerusalem. Obama has placed the blame for the absence of this state squarely on Israel’s shoulders. At the same time, he rejected Israel’s demand that the Arabs accept the Jewish state, endorsing the Arab calumny that Israel is a foreign outpost foisted on the Middle East as a result of Western Holocaust guilt.

In his speeches in Cairo, Ankara and at the UN, and in his administration’s very public attacks on the Netanyahu government and on Israeli neighborhoods in Jerusalem and communities in Judea and Samaria, Obama signaled to Fatah leaders that they needn’t make concessions to Israel. Already radicalized by the need to appeal to their pro-Hamas populace, Fatah leaders responded to Obama’s demand for a freeze on Jewish construction beyond the 1949 armistice line by escalating their demands and refusing to negotiate with Israel until Israel agrees to contract to within the indefensible 1949 lines.

For his part, in a vain attempt to placate Obama, Prime Minister Netanyahu alienated his own base and reneged on his campaign pledges by announcing his support for Palestinian statehood and agreeing to freeze Jewish building in Judea and Samaria. But in the dynamic Obama created, Netanyahu’s moves merely exacerbated the situation. Obama couldn’t have eased his pressure on Israel even if he wanted to.

Radicalized by Obama, Fatah’s leaders contemptuously rejected Netanyahu’s moves. Obama, who no doubt wished to cash in on his success in squeezing Israel, was blocked from doing so by the dynamic his anti-Israel policies had created. Obama was forced to toe the Palestinian line he himself drew and so rejected Netanyahu’s massive concessions as insufficient.

As he entered his second year in power, Obama decided he will not be daunted by the Palestinian refusal to meet with Israelis. He has decided to force Israel to accept indirect negotiations mediated by his envoy George Mitchell. Mitchell’s only measure of success is the number of concessions he will be able to force out of Israel.

Obama pledged that if Iran didn’t accept his offer by the end of the year, he would place “crippling sanctions” on the country. Yet when the year came to an end, Obama not only made no move to enact sanctions, he took steps to block the Senate from voting on sanctions legislation already passed overwhelmingly in the House of Representatives.

As for the Palestinians, rather than recognize that pressuring Israel made it impossible for any deal to be reached, Obama redoubled his pressure on Israel. Ignoring Hamas’s control over Gaza and its popularity in Judea and Samaria, Obama insists that Israel curtail its counter-terror operations in the areas and so strengthen Hamas.

In 1979, the Soviet invasion of Afghanistan and the mullahs’ takeover of the U.S. Embassy in Tehran discredited Jimmy Carter’s appeasement strategies. Carter reacted to the failure of his policies by changing course. He placed sanctions on the Soviet Union and ordered U.S. army commandos to attempt to free the American hostages by force.

Unlike Carter, Obama has stubbornly refused to recognize that his appeasement strategy has failed utterly.

This unwillingness to reconcile with reality can only lead to the conclusion that the next three years of the Obama administration are liable to be the most volatile years the Middle East has seen in generations.

Caroline Glick is senior contributing editor at The Jerusalem Post. Her Jewish Press-exclusive column appears the last week of every other month. Look for her next column in the March 26 issue. 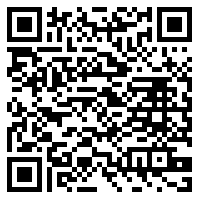