Could a governmental retreat from “marriage” finally heal the deep schism that has divided and immobilized this country by an intractable values volley over gay relationships?

As many of you have read, since running for Congress I have emphasized that I want to move away from the great social-sexual battles that this country has engaged in over the past forty-odd years, which – in my opinion – has served to distract us from the real values challenges that confront us. The greatest threat to the future of the American family is not gay marriage but rather divorce. However, because we obsess over gay marriage, we rarely ever hear the word divorce being uttered by political leaders. Now, with President Obama coming out to support gay marriage and Mitt Romney continuing to assert his opposition to gay marriage by continuing to define marriage as a union that can only take place between one man and one woman, I propose a truce.

What if government withdrew from the marriage business altogether, and provided only Civil Unions to two consenting adults wishing to unify their lives, leaving the spirituality of the union to other entities to recognize, name, sanctify, and define? These Civil Unions would equally assure that all couples receive all the legal entitlements that have previously been enjoyed by those who have been “married,” such as hospital visitation rights and end-of life decisions, insurance benefits,  and tax benefits. After all, what business does the government have entering a church, synagogue or mosque to legitimize or define the spiritual nature of a person’s marriage? We are supposed to have separation of church and state in America.

If the couple wishes to have their marriage consecrated to a more spiritual purpose, (e.g. “’til death do us part”, “for all eternity,”  “in the name of Jesus Christ,” “according to the laws of Moses and Israel,”  “in sickness and in health,” fidelity, loyalty etc.) they will choose to have a religious ceremony in addition to the civil ceremony. This additional ceremony would extend beyond just having legal rights conferred by Civil Unions, and would reflect the couple’s individual spiritual or religious convictions. They would go before a rabbi, a priest, a minister, or any other spiritual leader of their choice for a religious ceremony. The ceremony, and in fact the semantic definition of their union, would be defined by and consistent with that religious groups’ values.

This proposal might just allow nearly everyone to win, a ”One Size Fits All”  solution to the gay marriage narrative that has hijacked the political landscape, created ever deepening divides in the nation, and has served to be only destructive and distracting from far greater social values issues facing this country. The benefits to this proposal are, first and foremost, that no one would receive either preferential treatment or any discrimination when it comes to the government’s recognition of the legal rights of the union of any couple. Furthermore, there would be no need to redefine marriage, as each group would have the authority to define or expand the meaning of their union according to their particular religious tradition. This solution would reduce the role of government, which should not be involved in religious choices. People who want to have a spiritual component to their civil union can have whatever ceremony they desire within whatever religious context they choose, and name the union in spiritual terminology that best speaks to their religious convictions.

Far from harming religion, I believe that this change would even promote non-involved, non-religious people to entertain the concept of how religion can enhance and enrich one’s life, and be an invitation to engage in further religious learning, traditions, communities, and beliefs. I think that when people are forced to confront the choice of wanting merely a government-recognized civil union before a Justice of the Peace which addresses only  legal status issues, or the opportunity to imbue their union with a deeper, more eternal, spiritual dimension,  they would see the benefit of having something with greater holiness impact their union. And they would be forced to confront the difference between a mere legal synthesis versus the a spiritual orchestration of two haves into one whole. In other words, once they are forced to start thinking about their “vows” they might just drift further into faith and religion.

The bottom line with this proposal is that we would remove the offense of those who can marry and those who cannot, the government would retreat further from our lives, and one of the great battles that have raged in America could be put behind us so that we can focus, finally, on curbing divorce, keeping husbands and wives together, and keeping kids out of custody battles rather than just always fighting about gay marriage.

I recognize that for those who oppose gay civil unions this would still not be a solution. However, I vehemently disagree with their opposition.  Whom does it bother to have gay couples granted the decency to visit each other in hospital during serious illness, making end-of-life decisions, and receiving tax benefits as a couple? Is it not worthwhile to put behind us the questions of dual insurance coverage in order to have this terribly divisive issue finally settled? By putting the gay marriage debate behind us we can finally focus on the real problem: straight people do not seem to either want to marry, and once they get married they find it difficult to remain married. 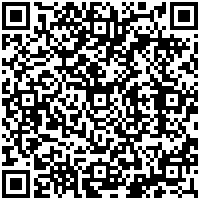