Not even a week old, Prime Minister Benjamin Netanyahu’s coalition is already being forced to deal with internal divisions that threaten its stability and makeup.

The intensifying focus on legislating a Tal Law alternative has the ultra-Orthodox parties in the coalition defensive yet intractable. Deputy Health Minister and United Torah Judaism (UTJ) MK Yakov Litzman announced that his party would not participate in the newly-established coalition committee on formulating a Tal Law alternative, headed by Kadima MK Yochanan Plesner. His sentiments were echoed by fellow UTJ MK and Finance Committee chairman Moshe Gafni, who said that the the party would only “participate in the discussions from the outside.”

The Israel High Court ruled in February that the Tal Law, which for all intents and purposes permitted ultra-Orthodox men to defer military service indefinitely, is unconstitutional and must be replaced by August 2012.

According to the Haredi news website Kikar Shabbat, a senior figure in UTJ said that “we can not take an active part in committee meetings that are designed to remove yeshiva students from the Yeshiva. It contradicts our ideals. On the other hand, it is clear that not participating in the committee will result in much criticism and will limit our ability to influence the committee’s conclusions.”

The boycott follows Gafni’s statement over the weekend to Bnei Brak daily Yated Ne’eman that he was specifically instructed by UTJ spiritual leader Rabbi Aharon Leib Shteinman “to immediately resign from the government if there’s an attempt to block the study of Torah from our students.

“Any attempt to keep Torah scholars from their studies is an attack on the very soul of the nation,” Gafni stated. “We cannot compromise on this at all… anyone whose heart desires to study Torah must be permitted – without quotas and without conditions. We will never allow the status of Torah scholars to be diminished.”

Internal Affairs Minister and Shas Chairman Eli Yishai on Monday joined UTJ in boycotting the committee after consulting with Shas spiritual leader Rabbi Ovadiah Yosef. “Torah scholars are not subject to negotiations on quotas and on their basic right to study of Torah. Their contribution to the Jewish people and to the State of Israel is obvious and apparent to any believing Jew.” Yishai added that “Shas will formulate its own solution to the problem will soon shoulder the burden and show the public.”

UTJ holds 5 seats in the current coalition while Shas holds 10.

Despite the harsh words, Prime Minister Netanyahu intends to invite leading Haredi attorney Jacob Weinrot to serve as the ultra-Orthodox liason – but not ‘representative’ – to the committee, according to Kikar Shabbat.

In joining the coalition last week, Kadima stipulated among other things that a bill proposing an alternative to the Tal Law must be presented to the Knesset before the August deadline. Plesner, responsible for formulating Kadima’s platform vis a vis universal military/national service, was appointed head of the committee last Thursday. The committee will also include Prof. Yedidia Stern from the Israel Democracy Institute and Bar Ilan University, Prof. Yaffa Zilbershatz from Bar Ilan University, and former head of the IDF’s personnel branch, Maj. Gen. (res.) Avi Zamir.

According to recent statements, Plesner’s idea is to test a formula – which he terms “one third, one third, one third” – whereby each ultra-orthodox recruitment cycle will allocate a third of eligible conscripts to the IDF, a third to national service, and a third would be defined as exempt and would continue Torah study in yeshiva.

A source in the Knesset tells The Jewish Press that an alternative to the Tal Law will likely be enacted, but that the new legislation will be weak or temporary; it is understood that because the main focus for both Kadima and Likud  is electoral reform, they will seek to preserve the broad coalition in order to attain the special majority of 80 MKs required to amend Basic Laws on the Knesset and elections. 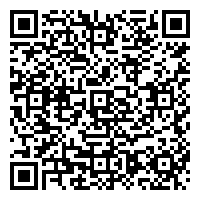