I did a lot of soul-searching before writing yesterday’s article, “After the Fall: What Do You Do When You Conclude America is (Temporarily or Permanently) Kaput?” Of course, I believed every word of it and have done so for a while. But would it depress readers too much? Would it just be too grim?


Maybe U.S. policy will just muddle through the next four years and beyond without any disasters. Perhaps the world will be spared big crises. Possibly the fact that there isn’t some single big superpower enemy seeking world domination will keep things contained.

Perhaps that is true. Yet within hours after its publication I concluded that I hadn’t been too pessimistic. The cause of that reaction is the breaking story that not only will Senator John Kerry be the new secretary of state; that not only will the equally reprehensible former Senator Chuck Hagel be secretary of defense, but that John Brennan, the president’s counterterrorism advisor, will become CIA chief.

About two years ago I joked that if Kerry would become secretary of state it was time to think about heading for that fallout shelter in New Zealand. This trio in power—which along with Obama himself could be called the four horseman of the Apocalypse for U.S. foreign policy—might require an inter-stellar journey.

Let me stress that this is not really about Israel. At the end of Obama’s second term, U.S.-Israel relations will probably be roughly where they are now. Palestinian strategy–both by the Palestinian Authority and Hamas–has left the United States no diplomatic or “peace process” option on that front. The problem is one of U.S. interests, especially the American position in the Middle East but also in other parts of the world.

You can read elsewhere details about these three guys. Here I will merely summarize the two basic problems:

–Their ideas and views are horrible. This is especially so on Middle Eastern issues but how good are they on anything else? True, they are all hostile to Israel but this isn’t the first time people who think that way held high office. Far worse is that they are pro-Islamist as well as being dim-witted about U.S. interests in a way no foreign policy team has been in the century since America walked onto the world stage.

Brennan is no less than the father of the pro-Islamist policy. What Obama is saying is this: My policy of backing Islamists has worked so well, including in Egypt, that we need to do even more! All those analogies to 1930s’ appeasement are an understatement. Nobody in the British leadership said, “I have a great idea. Let’s help fascist regimes take power and then they’ll be our friends and become more moderate! That’s the equivalent of what Brennan does.

–They are all stupid people. Some friends said I shouldn’t write this because it is a subjective judgment and sounds mean-spirited. But honest, it’s true. Nobody would ever say that their predecessors—Hillary Clinton, Robert Gates, and David Petraeus—were not intelligent and accomplished. But these guys are simply not in that category. Smart people can make bad judgments; regular people with common sense often make bad judgments less often. But stupid, arrogant people with terrible ideas are a disaster.

Brennan’s only life accomplishment has been to propose backing radical Islamists. As a reward he isn’t just being made head of intelligence for the Middle East but for the whole world! Has Brennan any proven administrative skill? Any knowledge of other parts of the world? No. All he has is a proximity to Obama and a very bad policy concept. What’s especially ironic here is that by now the Islamist policy has clearly failed and a lot of people are having second thoughts.

With Brennan running the CIA, though, do you think there will be critical intelligence evaluations of the Muslim Brotherhood, Hizballah, or even Hamas? Is the CIA going to warn U.S. leaders about the repression against women, Christians, and moderates? Will there be warnings that Islamists are taking over Syria or reports on Islamist involvement in killing Americans in Benghazi? Can we have confidence about U.S. policy toward Iran?

To get some insight into his thinking, consider the incident in which a left-wing reporter, forgetting there were people listening, reminded Brennan that in an earlier private conversation he admitted favoring engagement not only with the Lebanese terrorist group Hizballah but also the Palestinian terrorist group Hamas. Ask yourself this question: when an American intelligence chief told Congress that the Muslim Brotherhood was a moderate, secular group who approved that line of argument? 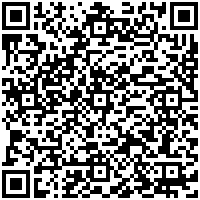