“This is the end… Of our elaborate plans, the end, Of everything that stands…. No safety or surprise…. There’s danger on the edge of town…. And all the children are insane…. The West is the best…. But you will never follow me.”

–By putting the priority on Muslim identity, as he did in the Cairo speech and elsewhere, Obama helped empower Islamism over nationalism and democratic choices.

–By pressing for revolutionary change in Egypt, Obama helped bring a radical Islamist regime to Egypt, the Arab world’s most important country, leading it to break the alliance with the United States and move toward heightened belligerency —possibly war— with Israel

–By pressing for revolutionary change in Egypt, Obama helped bring to power a regime allied to Hamas, providing that regime in the Gaza Strip with unlimited arms, money, and terrorist reinforcements, and thus bringing renewed armed conflict with Israel.

Let me stop here a moment and respond to the claim that Obama couldn’t have done much on this issue. Of course, if we look at the demonstrations on the ground that seems a sensible argument. But the key pressure point was the U.S. ability to affect decisions taken by Egypt’s elite and military in January and early February 2011 to give up and even join the revolution.

U.S. encouragement and pressure—as the State Department wanted to do at the time—would have allowed a post-Mubarak transition with some reforms rather than an all-out revolution. There’s an interesting parallel to Iran in 1978, when almost year-long inaction by the Carter Administration helped create a situation that fostered the Islamic revolution there.

–By overthrowing the horrible Muammar Qadhafi, however much that can be justified by the evil nature of his regime, Obama handed power over to radical forces, not consciously or intentionally but inevitably, given the reality of that country. We already see such signs as a refusal to cooperate with the Lockerbie bombing investigation and the destruction of Christian and Jewish graveyards.

–By failing to help the Iranian opposition, by not taking a strong stance when the election was stolen, and by doing nothing serious about Iran’s nuclear program for more than two years, the Obama Administration has helped create a situation in which either Israel will attack Iran or Iran will get nuclear weapons. Or both.

–By never criticizing or seriously pressuring the Palestinian Authority (as it sought unilateral independence at the UN, allied itself with Hamas, and refused to negotiate with Israel) the Obama Administration made the “peace process” absolutely, positively dead.

–By backing Islamist forces in the Syrian opposition, and not helping the opposition generally, the Obama Administration is most likely creating the worst two options: the continued pro-Iran, anti-American regime in Damascus or an Islamist takeover.

–In failing to help U.S. allies, Obama has alienated the few remaining states that sought American protection against revolutionary Islamism, to the point that they know they are on their own, retreat before the radicals, or make their own deals.

–In distancing itself from Israel, the Obama Administration has emboldened radicals to escalate operations against that country and persuaded the less radical to go along with them.

–By embracing an Islamist regime in Turkey, Obama has allowed that government to continue with its agenda of transforming Turkey while disproving the opposition’s argument that radical policies at home and abroad might damage the country’s standing in Washington.

–By showing so much weakness (which it portrays as friendliness, sympathy, multilateralism, and cultural sensitivity), the Obama Administration has convinced the radical, anti-American forces that the United States is weak and ripe for collapse. Listen to what the Islamists in the region actually say.

This is the government and this is the policy portrayed as successful merely because good intelligence officers located Usama bin Ladin and courageous Navy Seals killed him.

This is the government that portrays itself as the best friend of Israel – even as it undermines Israel’s security – because Obama keeps saying how much he supports Israel and “allows” continued congressionally mandated aid to go to that country. With best friends like this who needs enemies?

Nothing could be more ridiculous than these assurances of success while the Middle East burns, while U.S. standing and interests there are in sharp decline. The “funny” thing about all of this is that virtually everyone in the region itself knows that everything written above is true even as virtually everyone in the “mainstream” discussion in the United States denies it. 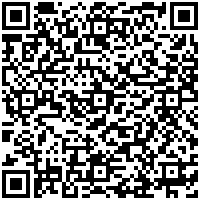