About 300 French police officers continue to surround a house in the Croix-Daurade district of Toulouse, trying to encourage the suspect in the deadly shootings at the Ozar Hatorah Jewish school to give himself up.

France 24 news identified the man as Mohammed Mura, 24, is a 24-year old Algerian Muslim with self-proclaimed ties to Al-Qaida.  Mura said he committed the murders – as well as the shootings of three French paratroopers – to commit “revenge for Palestinian children” and to punish France for its foreign military involvement.

Special police forces began their raid at 3:30 a.m. (10:30 p.m. ET Tuesday.  Three French officers have been injured in the operation, including one who was shot in the knee when Mura fired at a door through which police were attempting to enter, according to French Interior Minister Claude Gueant. The man now said he plans to give himself up in the afternoon. His brother is still at large.

Working up to the 7th hour of the standoff, the suspect showed no signs of surrendering, though he reportedly tossed one firearm out of the window in exchange for a communications device.

Mura is accused of killing seven people in the last 10 days: a rabbi and three children at the Jewish school on Monday, and three soldiers of north African origin who had recently returned from Afghanistan in two earlier incidents.

Police had been searching for a man on a Yamaha TMAx530 with license plate number CA-676-RT, according to French TF1 News.  The motorcycle was stolen on March 6.

According to  Gueant, the suspect is a French national of Algerian origin who spent considerable time in Afghanistan and Pakistan.

The Toulouse house in which Mura has barracaded himself is a five-story block of flats and the man is on the ground or first floor.  His mother was called to the scene to attempt to persuade him out, but she refused to participate in police efforts, saying she had “little influence on him”.  One brother of Mura has been captured.

Investigators told the BBC that the suspect was identified through an email message he sent to his first victim. He had also been looking for a garage in Toulouse to remove a GPS tracking device from his Yamaha scooter after the first two attacks. Police knew a scooter was used in all the attacks.

“He claims to be a Mujahideen and to belong to al-Qaeda,” Gueant said. “He wanted revenge for the Palestinian children and he also wanted to take revenge on the French army because of its foreign interventions.”

According to Agence France-Presse, a French secret service source said the suspect had been “in the sights” of France’s intelligence agency after the first two attacks, when police were able to provide “crucial evidence”.

Police wearing helmets and flak jackets have cordoned off the area and other operations are under way to track down possible accomplices. Other emergency services are also in attendance.

A huge manhunt had been launched after Monday’s shooting at the  Ozar HaTorah Jewish school that left four people dead, and the killing of three soldiers in two incidents last week. 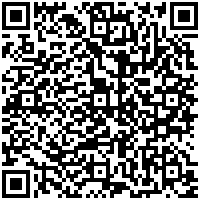