Originally published at Rubin Reports under the title, “The Real Meaning of the Obama Visit to Israel and U.S.-Israel Relations in Obama’s Second Term.”

The international media is speculating on Obama’s visit scheduled for late March. The argument is that he would not come unless he gets some breakthrough, that is, some Israeli concession, and he wouldn’t leave happy unless he received one.


So what would this concession be? The most likely candidate would be a freeze on constructing building within existing settlements, as Israel gave him three years ago. At that time, despite a ten-month freeze, the Palestinian Authority only came to talks at the last minute, offered nothing, and then quickly demanded another freeze. In other words, Israel did precisely what Obama asked and got nothing in return, either from his government or the Palestinians.

Actually, it is not technically true to say “nothing.” Secretly, the U.S. government promised to accept that Israel could annex “settlement blocs,” (a promise originally made by Obama’s predecessor, George W. Bush) that is keep the largest existing settlements near the border, in exchange for territorial swaps in a peace agreement, and to continue building in east Jerusalem.

What happened? A few months later, a visiting Vice President Joe Biden threw a tantrum about an announced zoning board decision that at some future point Israel might build in pre-1967 Jordanian-ruled territory. In effect, that was a violation of the agreement.

Then, while not explicitly going back on the settlement bloc agreement without notifying Israel, Obama made a major speech in which he put the emphasis on Israel’s return to the pre-1967 borders (that is, giving up the settlement blocs), though he did leave the door ajar for territorial swaps. That was not breaking the pledge but certainly undermined it.

After doing what Obama wanted and then getting little or nothing in exchange, Israel is now faced with claims that Prime Minister Benjamin Netanyahu never made any concessions to get negotiations going. After going along with Obama, it is now said in the United States that he tried to undermine Obama or didn’t cooperate.

And after the Palestinian Authority repeatedly killed negotiations—even after Obama announced in 2010 that they would begin shortly at Camp David and Netanyahu agreed—it is a mainstay of mass media coverage that Netanyahu is responsible for the failure of negotiations to happen.

A friend joked that Netanyahu should change his first name from Benjamin to “Hard-line” since that’s the way he’s usually presented in the Western mass media.

Thus, Israeli cynicism should be—if people knew the factors behind it—understandable. After all, the sum total of international wisdom on the now-dead (but pretended to be alive) “peace process” is that this means Israel giving up things and getting nothing in return.

Yet Israel is prepared to go along with Obama again in some fashion. Why? Because it is necessary to preserve the strong relationship with the United States. Obama will be president for the next four years and some help from him is needed on the Iran nuclear issue, the likely growing threat from Egypt, military aid, and other issues.

That is political reality.

At the same time, though, the idea—again, prevalent in mass media coverage—that Netanyahu must “moderate” to form a government is not true. First, a very important lesson: Ignore everything said by Israeli politicians and media during the coalition-forming period because it is invariably misleading. This is what experience has shown virtually without exception.

Now, Netanyahu’s basic choice is to bring together at least two of the following three parties: The traditional liberal Yesh Atid led by Yair Lapid; the Sephardic religious Shas, and the right-wing Ha-Bayit Ha-Yehudi, led by Naftali Bennett. This is like the story of how you get the fox, the chicken, and the grain across a river without something getting eaten. It is very difficult.

Yesh Atid, led by Yair Lapid, has called for Netanyahu to work hard to get talks with the Palestinians going again. This has been treated as some major move of pressure. Of course not. That’s what Lapid is going to say and should say. And Netanyahu should also say—as he has done hundreds of times in the last four years—that he wants to get negotiations going.

Israel Will Grow – Regardless 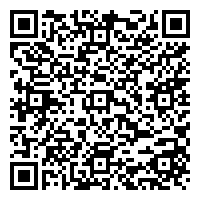