Last Thursday, at the modest offices of the Likud’s Manhigut Yehudit (Jewish Leadership) faction, representatives of several organizations got together to develop common strategies for applying Jewish laws and principles in Israel, including, possibly, future Knesset legislation.

Manhigut Yehudit, established more than 12 years ago by now MK Moshe Feiglin, is pushing a policy of taking Orthodox Jewish political power away from the sectarian, religious parties, to the general, preferably larger Israeli parties.

According to Michael Puah, formerly the director of Feiglin’s movement, and until recently special advisor to Social Affairs Minister Moshe Kahlon, the fact that religious Jews are so influential in Israel and in the new Knesset, presents new challenges in promoting change in Israel through core Torah values.

The informal assembly drew a couple dozen representatives of existing NGOs who are already engaged in active promotion of a variety of issues. Anthropologically speaking, the room was about half knitted yarmulkes and a couple settler-sheitels (headscarves), and half Haredim in the black and white uniform. But if you closed your eyes and just listened to what they were saying, it was difficult, often, to tell them apart. In language and in their complete embrace of the idea of the Jewish state, they all shared a deep, well thought out view of the modern miracle of Jewish rule in Eretz Israel.

“Our joint goal is to have the Torah guide our agenda in all areas of life,” said Puah. “The ideal of ‘Tikun olam b’Malkhut Shadai’ (setting up the world in light of God’s kingdom) requires us to create and innovate from within the Torah, which is the task that each organization participating in this conference has taken on, in each particular field of involvement.”

Rabbi Yehuda Amichai, head of the Torah and Eretz Institute, gave a comprehensive overview of the efforts being made to promote proper Shmita year observance in Israel, during which the land will truly lay fallow.

Rabbi Amichai noted that the Knesset Shmita Committee was supposed to begin its preparations for the year 5775 (2015), the next sabbatical year in which Jewish farmers may not work their land. Except that the current political reality does not allow for assembling it and for allocating a budget for its activities—seeing as the freshly elected 19th Knesset is still in the process of getting its act together, and coalition talks are yet to reach their results.

Amichai complained that these conditions cause uncertainty and a lack of preparedness on the part of farmers about the concrete aspects of observing the Shmita, most crucially creating a fund to support them through the sabbatical year.

“It is urgent that we start applying political pressure to set up the Shmita committee and to allocate the needed resources for its operation,” said Amichai.

Rabbi Amichai also stressed a more common problem—since it applies once a week, every week—Shabbat observance in Israel. “The economic and business reality force people to work on Shabbat, which is a form of slavery. These people are just slaves, they have no choice. We express first and foremost a social message: we can change it.”

“Regarding Shmita legislation for the year 5775, our top agenta issue is supporting a bill proposed by MK Uri Ariel, which aims to regulate through legislation the tax deductible savings by farmers in the six years between Shmitot. These savings will allow farmers to survive through the seventh year without government support.”

A group called Jewish Banking, represented by Rabbi Eliyahu Soloveitchik and writer Ehud Tokatly, introduced the project of creating the legislative conditions that would permit the foundation of a kosher bank, which would provide most banking services without transgressing the severe prohibitions against usury, and without resorting to the so-called Heter Iska, which was created in the diaspora, in times of duress.

Tokatly told the conference that in the West there are several credit union and Islamic banks which have survived the economic crisis while many commercial banks crashed a few years ago.

“They learned from us how to live without charging interest, and now we have to learn back from them what we originally taught them,” lamented Tokatly. 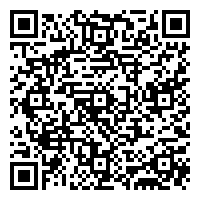