Killed Boston Marathon bombing suspect Tamerlan Tsarnaev, an ethnic Chechen Muslim, has been identified by the FBI as a “strong believer” in Islam, and an adept of jihadism. Tamerlan was unabashed in his Muslim piety and avowal of jihad—the latter bringing him to the attention of both Russian intelligence and the FBI.

Indeed, Tamerlan Tsarnaev was identified last summer, during a 6-month sojourn in Russia, as having frequented a well-known jihad-fomenting mosque in Machachkala, Dagestan, meeting directly with a jihadist underground movement leader there at least six times.  It has further been suggested that Tamerlan and his surviving brother Dzhokar, a Boston Marathon bombing suspect co-conspirator, who was in thrall to his elder brother (as well as to jihadism), were jointly “inspired” by Doku Umarov, known as Russia’s Bin Laden, and also an ethnic Chechen. Umarov is believed to have organized jihad terror attacks, such as the mass-murderous homicide bombing of Moscow’s Metro system, which slaughtered at least 40. Ominously, as noted by Chechen analyst, Dr. Carlo Gallo, “Umarov has made statements in which he said that the enemy of Islam is not just Russia, but America….”


But the astute observations of young freelance writer Alyssa Kilzer—a client of Zubeidat Tsarnaev, mother to Tamerlan and Dzhokar—are even more chilling, and indicate that the brother’s “radicalization” was a pious Muslim family affair. Ms. Kilzer, who received facials from Zubeidat Tsarnaev for several years at the Tsarnaev household (410 Norfolk Street, on the border between Cambridge and Watertown, M.A.), therein witnessed arranged marriages, wife-battering, hijab donning, strict Islamic piety with repeated Koranic references, and ultimately, baleful anti-American Islamic conspiracy theories about 9/11/2001. Kilzer also alludes to the “political activities” of Zubeidat Tsarnaev and her husband (Anzor) had engaged in (a euphemism for their anti-Russian jihadism?), which caused the Daghestani native parents—both lawyers—to flee.

The Tsarnaev family ties to Daghestan—a primordial hub of Islamic jihadism in the Causcasus for over a millennium—may prove critical to understanding the jihad carnage in Boston wrought by the Tsarnaev brothers. Moreover, it is also worth noting that Dzhokar Tsarnaev was mentored (albeit only via e-mail correspondence) by a full-throated University of Massachusetts-Dartmouth apologist for so-called Chechen separatism, Brian Glyn Williams.

But there was an even more basic, profound warning sign of the Tsarnaev family’s dangerous Weltanschauung—the very name Anzor and Zubeidat Tsarnaev chose for their eldest son: “Tamerlan(e).”

The cover art for my recent book “Sharia Versus Freedom—The Legacy of Islamic Totalitarianism” (at right) reproduces a miniature painting from a sixteenth century manuscript of the Zafarnama by Sharaf al-Din Ali-Yazdi, the best-known example of early Persian historiography the Islamized Mongol conqueror Amir Timur-i-lang, or “Tamerlane.” The image was housed in the British Library and originally published/produced in Shiraz, Iran, 1552. It depicts soldiers filing before Tamerlane holding heads of their decapitated enemies which they used to build a tower shaped like the minaret of a mosque, in Baghdad (1401).

The upper inscription embedded within the painting reads,

How fate and destiny have cast awe in the minds of the “Tavaajis”! [king’s messengers, and herein, more generally, “traitors”], In an orderly and numerical fashion, They made minarets with the heads of the wretched “Tavaajis” As a lesson to the inhabitants of the world.

While the lower embedded inscription states,

So that no subordinate would dare to challenge superiors and no fox acts like a lion, and threatens the kings; Under the temptation of the demon pride…

Historian Jean Aubin’s 1962 analysis notes that the Baghdad siege lasted nearly forty days, adding that the Zafarnama insists, “in hopes of seeing the city surrender and conserve it intact, Tamerlane delayed several times the attack requested by his officers.” Ravaged by starvation, groups of soldiers and residents fled the city, “by jumping from the summit of the ramparts.” When Tamerlane’s forces launched their final assault, escape from Baghdad was prevented by archers who were arranged on both riverbanks of the Tigris.  Consistent with the earlier accounts of Browne and Grousset, Aubin summarizes the fate of Baghdad’s hapless population, stating,

The rare survivors—approximately one person out of a hundred, according to the Zafar-nama—were sold into slavery. The only ones spared were theologians, sheiks, and dervishes who managed to reach Tamerlane’s pavilion. They were given food and clothes, and sent to a safe place.

Tamerlane was born at Kash (Shahr-i-Sebz, the “GreenCity”) in Transoxiana (some 50 miles south of Samarkand, in modern Uzbekistan), on April 8 (or 11), 1336 A.D.  Amir Turghay, his father, was chief of the Gurgan or Chagtai branch of the Barlas Turks. By age 34 (1369/70), Timur had killed his major rival (Mir Husain), becoming the pre-eminent ruler of Transoxiana. He spent the next six to seven years consolidating his power in Transoxiana before launching the aggressive conquests of Persia, Afghanistan, and Iraq, and then attacking Hindustan (India) under the tottering Delhi Sultanate. 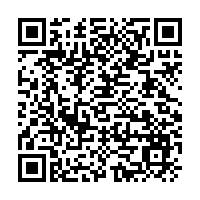