Natan Sharansky, famed refusenik and former Knesset Member who today heads the Jewish Agency, spent nine years in prison and labor camps in the former Soviet Union. His crime? The desire to live in his ancestral homeland, the Land of Israel. When asked in an interview how he survived the terrible conditions of the Russian Gulag, including 400 days in punishment cells, he answered that his faith, his Book of Tehillim (Psalms), and his feeling of “inner freedom,” gave him the strength and courage to go on. Behind the steel bars, he said, he felt freer than the prison guards who held him captive.

Freedom is a state of mind. And real freedom requires a little chutzpah, audacity.


It has been said, ‘It is easier to take the Jew out of the Exile, than to take the Exile out of the Jew’. While in Egypt, the Jewish people could not even hear Hashem’s promise of Redemption because of their “shortness of spirit” (Exodus 6:9). Even the name Mitzrayim implies constriction and limitations, from the Hebrew meitzar. The bondage in Egypt wasn’t merely a physical bondage, but a mental one. And so, while still in Egypt, Hashem began the process of taking the Jew out of the psychology of Exile, ridding him of his slave mentality.

According to the Midrash, during the plague of Darkness, the Jewish people searched under the cover of night in their Egyptian neighbor’s homes for valuables. Later, when it was time for the Jewish people to ask the Egyptians for those possessions, they would not be able to deny owning them (Shemot Rabbah 14:3). While the image of Jews snooping around for gold and silver always bothered me, this brazenness was necessary to take the ‘Exile out of the Jew’.

And in the greatest act of chutzpah, Hashem commands the nascent Jewish nation to slaughter the Egyptian god, and roast it over fire. The Torah is not a recipe book, but requires that the Passover Offering be roasted. Why? Because when you are having a barbeque in your backyard, the whole neighborhood knows! Just imagine what it must have smelled like that night in Egypt, as the Jews prepared to leave.

A little chutzpah is also necessary in our service of God, as individuals.

Rabbi Moshe Isserles (16th C. Poland) writes at the beginning of his commentary to the Code of Jewish Law, “One should not be ashamed in front of another who mocks him in his service of Hashem.” If you are always looking over your shoulder, you’re not free. As Jews, we take pride in eating our unleavened bread and bitter herbs, along with all of the other mitzvot we observe, without wondering what the neighbors will say.

Audacity, or brazenness, got us out of Egypt. That attitude kept us going for 2,000 years without a homeland, and it’s that same attitude that founded the State of Israel against all odds.

No longer are we ‘shtetl Jews’. As of the founding of the State of Israel, Jews are finally free to live and practice their Judaism without looking over their shoulders. But today, the State of Israel is in desperate need of leaders with some chutzpah. Leaders who don’t cower at international pressure or capitulate to the demands of the White House. Leaders who will do what is in the best interest of this country’s safety and security – at all costs. Leaders with some backbone.

The next time you hear someone repeating the old stereotype that Jews are pushy, remember that Jewish survival has always required a little chutzpah. 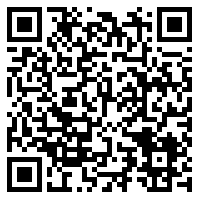