The long-term trends of US-Israel relations do not hinge solely/mostly on US presidents, as has been documented since Israel’s establishment in 1948, and especially since the early 1980s, when – in spite of systematic presidential pressure on Israel – bilateral industrial, commercial, scientific, technological, agricultural, homeland security and defense cooperation have surged beyond expectations.


The assumption that US-Israel relations are shaped from the top down, and determined by US presidents and “elites,” constitutes a slap in the face of the US democracy, which highlights the American constituent as its chief axis, emitting the thundering battle cry, which no elected official can afford to ignore: “we shall remember in November!” According to the annual February Gallup poll of country-favorability – despite the tension between President Obama and Prime Minister Netanyahu and the ongoing criticism by the Department of State (since 1948!) and the “elite” US media and academia – Israel ranks systematically among the most favorable countries, enjoying the support of 71% of the US constituency, compared with the Palestinian Authority’s 19%.

In fact, US-Israel relations are shaped from the 400-year-old foundations (of history, tradition and values) to the top. These foundations were established in the 17th century, upon the arrival of the early Pilgrims on the “Mayflower” and the “Arabella” to the shores of the “modern day Promised Land” (America), following weeks of sailing across the “modern day Red Sea” (the Atlantic Ocean), after the rebellious departure from “modern day Egypt” (Britain). These values were perpetuated by the Founding Fathers, who considered themselves “the people of the modern day Covenant.” In 2016, these values feature prominently in the House of Representative, the US Supreme Court and America’s “secular religion”: the centrality of Judeo-Christian values in the US political, judicial and legal discourse.

Since Israel’s establishment in 1948, US-Israel relations have not hinged solely, or mostly, on the non-omnipotent US Executive, but – at least as much – on the co-equal, co-determining US Legislature, and many times in defiance of the Executive. According to the US Constitution and Congressional track record, Congress possesses the Power of the Purse. Furthermore, both Congressional chambers have demonstrated their awesome muscle in critical junctions of recent US history, including in the areas of foreign policy and national security, such as ending the US military involvement in Cambodia/Vietnam (1973), Angola (1976) and Nicaragua (1982-85); bringing down the White Regime in South Africa (1986); castrating the US intelligence community (1975); and forcing free emigration upon Moscow (1974).Congress – as well as many State Legislatures – has always been the most authentic reflection of the will of the constituency in the 435 districts and 50 states. Thus, Congress has reflected, authoritatively, the 400-year-old special affinity by the US public toward the Jewish state. Therefore, some House Members from districts without a single synagogue are urged by their constituents: “Don’t forsake the Jewish state.”

Furthermore, the future of US-Israel relations hinges less on the next US president’s policies toward the Palestinian issue, Jerusalem or settlements, than on his/her national security worldview; the increasingly anti-US, unpredictable, unstable, intolerant and violent international arena; the intensifying threats (especially Islamic terrorism) to the national security and homeland security of the US and its Arab allies; Israel’s military and commercial capabilities as “the largest US aircraft carrier” which does not require a single US soldier on board; and Israel as the battle-tested laboratory for the US military forces and defense industries in a most critical region to the US national and homeland security.

Irrespective of the outcome of the November US presidential election, 2017 will experience a sustained enhancement of the mutually-beneficial, two-way-street, win-win US-Israel cooperation, in response to global threats and opportunities, consistent with the 3,500-year-old shared values of justice and liberty, which bind the US and its unconditional, junior partner, Israel. 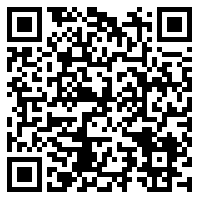