Former air marshal Husni Mubarak, now 86, had ruled Egypt for thirty years when his military colleagues forced him from office in 2011. Three years and many upheavals later, those same colleagues replaced his successor with retired field marshal Abdel Fattah al-Sisi, 59. The country, in short, made a grand round-trip, going from military ruler to military ruler, simply dropping down a generation.


This return raises basic questions: After all the hubbub, how much has actually changed? Does Sisi differ from Mubarak, for example, in such crucial matters as attitudes toward democracy and Islam, or is he but a younger clone?

Sisi remains something of a mystery. He plays his cards close to the vest; one observer who watched his presidential inaugural speech on television on June 8 described it as “loaded with platitudes and very long.”[1] He left few traces as he zoomed through the ranks in three years, going from director of Military Intelligence and Reconnaissance to become the youngest member of the ruling military council and, then, rapidly ascending to chief of staff, defense minister, and president.

Fortunately, a document exists that reveals Sisi’s views from well before his presidency: An essay dated March 2006, when he attended the U.S. Army War College in Carlisle Barracks, Pennsylvania. His 5,000-word English-language term paper, “Democracy in the Middle East,”[2] has minimal intrinsic value but holds enormous interest by providing the candid views of an obscure brigadier general soon and unexpectedly to be elected pharaoh of Egypt.

While one cannot discount careerism in a term paper, Sisi’s generally assertive and opinionated tone—as well as his negative comments about the United States and the Mubarak regime—suggest that he expressed himself freely.

In the paper, Sisi makes two main arguments: Democracy is good for the Middle East; and for it to succeed, many conditions must first be achieved. Sisi discusses other topics as well, which offer valuable insights into his thinking.

Democracy Is Good for the Middle East

Sisi endorses democracy for practical, rather than philosophical, reasons: It just works better than a dictatorship. “Many in the Middle East feel that current and previous autocratic governments have not produced the expected progress.”[3] Democracy has other benefits, as well: It reduces unhappiness with government and narrows the vast gap between ruler and ruled, both of which he sees contributing to the region’s backwardness. In all, democracy can ac- complish much for the region and those who promote it “do have an opportunity now in the Middle East.”

In parallel, Sisi accepts the free market because it works better than socialism: “[M]any Middle East countries attempted to sustain government-controlled markets instead of free markets and as a result no incentive developed to drive the economy.”

It is reasonable, even predictable that Gen. Sisi would view democracy and free markets in terms of their efficacy. But without a genuine commitment to these systems, will President Sisi carry through with them, even at the expense of his own power and the profits from the socialized military industries run by his former colleagues?[4] His 2006 paper implies only a superficial devotion to democracy; and some of his actions since assuming power (such as returning to appointed rather than elected university deans and chairmen[5]) do not auger well for democracy.

Conditions for Democracy to Succeed in the Middle East

Sisi lays down three requirements for democracy to succeed in the Middle East: 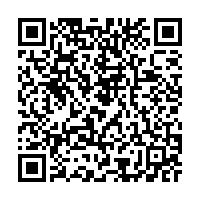