The Hamas-affiliated al-Aqsa Radio reported Wednesday morning that the terrorist organizations in Gaza had decided to raise the bar in the next two days, following the Israeli air force’s retaliation against a Hamas equipment workshop that was a response to a rocket that was shot at an Israeli Gaza envelope community. The reason for the latest revving up of preparedness, according to a Hamas spokesperson, is the flags parade, scheduled for Wednesday evening in Jerusalem.

Israel Police are preparing with increased forces for Wednesday’s parade in Jerusalem, including the Old City, led by right-wing organizations. Police have not initially approved the requested route submitted by the organizers, and negotiations are taking place with the marchers to reach an agreed outline.


“We will not allow to hold the parade the way the organizers have suggested,” a source in the Jerusalem Police told the press late Tuesday night, explaining that “a flags parade at this time will require boosting the Jerusalem force by another 1,000 policemen. We are stretched to the limit, with our main task being to maintain public safety and peace everywhere,” the official said.

On Monday, right-wing activists approached the Jerusalem police requesting a permit for a flags parade around the walls of the Old City, with a stop at the location near the Lions’ Gate where Egged buses were stoned by a rioting Arab mob.

“We will raise our heads and the flag, and especially now we will raise Jerusalem with our greatest joy,” the organizers said, and added, “We have no intention of shying away from the threats of anyone who wants to intimidate us. Especially now, we will march proudly with flags.”

But the cops would hear none of that. They complained that the request for a permit had been given at the last minute and that while police officials were trying to negotiate the parade route, the organizers had already announced that they were marching in their originally planned route.

The police refuse to allow the marchers to reach areas where they are certain to hit an Arab reaction that would start clashes in the streets. The alternative route the organizers were offered was to walk from the Jaffa Gate to the Kotel – skipping the key areas where Israeli sovereignty should be stressed.

One of the parade organizers, Noam Nissan, told Reshet Bet radio Wednesday morning that “a Jew who walks in Jerusalem with a flag is not a provocation.”

On Tuesday, Prime Minister Naftali Bennett decided to bar Jewish visitors from the Temple Mount this Friday or the following Sunday, going until the end of Ramadan, about a week later.

According to Temple Mount activist Tom Nisani from Beyadenu, who spoke with JewishPress.com (Bennett Closes Temple Mount to Jews Until the End of Ramadan), suggested that Israel Police would also be removed from the Temple Mount. If so, it would be in response to the vehement demands coming from several Arab states, including the UAE.

“We are under the impression that the police are under political pressure from people who are afraid of the threats of Ra’am and the Shura Council,” Noam Nissan told Reshet Bet. He pointed out that the proposed flags parade “is not a political event, it is intended to celebrate Jerusalem on the holiday.”
Of course, nothing that takes place in Jerusalem is just a celebration of the holiday. This is the most politically charged city on the planet, and the more the Bennett government capitulates under Arab pressure, the more volatile the riots would be. On Wednesday morning, for instance, the Arabs started rioting on the Temple Mount and clashing with the police hours before the first Jewish visitor showed up.

“We are not ready to accept dictates from Hamas and the Shura Council,” insisted Nissan, but, alas, PM Bennett does, because the fate of his government rests on the goodwill of the Muslim Brotherhood in Israel, a.k.a. the Shura Council. Currently, Bennett’s fate is in limbo, as the Ra’am party declared itself suspended from the coalition until further notice. 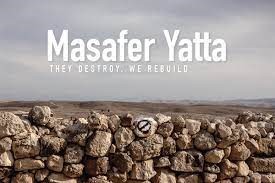