On December 23, 2016, the United Nations Security Council passed Resolution 2334 condemning Israel and its settlement policy. Justifying American acquiescence to this shameful pronouncement, administration officials and apologists argued that the U.S. has always allowed, or even supported, anti-Israel resolutions in the Security Council. This claim is not only false, it’s preposterous: Since 1973 the United States has vetoed at least 30 Security Council resolutions regarding “occupied Arab territories” and “the Palestinian question.”


It is true that the U.S. has occasionally abstained or even voted in favor of Security Council resolutions admonishing Israel. But these have been few (about two dozen out of over 200 resolutions regarding Israel) and rare. Moreover, they were almost invariably perfunctory, even gratuitous disapprovals of specific actions, such as the kidnapping of Holocaust mastermind Adolf Eichmann to bring him to trial in Israel (Resolution 138 in 1960), holding an Independence Day parade in Jerusalem (#250 in 1968), the attack on the Iraqi nuclear facility (#487/1981), deporting Palestinians (#641/1989 and others), and the siege on Yasser Arafat’s compound in Ramallah (#1435/2002). But never, ever, has the U.S. used the Security Council to completely reverse decades of bipartisan foreign policy with regard to Israel (or any other issue).

No, it is not. The U.S. allowing UN Security Council Resolution 2334 to pass really was unprecedented. Here are some of the ways in which it reverses almost fifty years of American foreign policy regarding Israel and the Israeli-Palestinian conflict, blazing new ground:

1. It was done by a lame-duck president in a transition administration that had lost its mandate to govern;

2. It was done over the unanimous objection of Congress, clearly stated in advance (H. Con. Res. 165 passed in the House of Representatives in November 2016);

3. It is completely one-sided (vague references to “acts of violence” without naming their perpetrators don’t count as “balance”), asking essentially nothing of the Palestinians, only of Israel;

4. It cites a “flagrant violation” of “international law” (section 1) without specifying which law(s) are being violated, and when the Security Council is not a legislative body and does not in fact have any authority to create or interpret international law;

6. It refers to the areas captured/liberated/re-claimed by Israel in 1967 as “occupied Palestinian territory,” a phrase the U.S. had previously explicitly rejected and which has no basis in international law;

7. It includes a specific reference to borders (the June 4, 1967 lines) when all previous American administrations, including this one, had repeatedly stated that borders are a final-status issue to be negotiated between the parties;

8. It includes a specific reference to Jerusalem as “occupied territory,” when all previous American administrations, including this one, had stated that Jerusalem is a final-status issue to be negotiated between the parties;

9. It endorses the Arab Peace Initiative (section 9), never before accepted by the U.S. (or by Israel) as a basis for negotiations;

10. By choosing the forum of the Security Council, it internationalizes the conflict, despite the fact that:
(a) All previous American administrations, including this one, had stated that a solution would only come through direct bilateral negotiations between the parties; and
(b) The UN is notorious for its anti-Israel bias (ref. Ban Ki-moon, Power);

11. It abrogates UN Security Council Resolution 242 (even as it claims to “reaffirm” it), which has guided almost 50 years of American foreign policy, specifically the principles of
(a) mutuality/reciprocity;
(b) regional context for agreement; and
(c) “secure and recognized boundaries”;

12. It abandons the principles of the Oslo Accords and the Quartet Roadmap for Peace (even while pretending to reaffirm them)

13. It enables, emboldens, and potentially endorses boycotts against Israel (section 5);

14. It pretends that there can be a Palestinian state (with any borders) despite
(a) 70+ years of Palestinian rejection of such a state (with any borders) and refusal in recent years to even negotiate for such a state, if it entails accepting Israel’s existence;
(b) the weak, illegitimate, divided, undemocratic Palestinian leadership; a population imbued with hatred of Jews and glorification of violence against them, promoted incessantly by their leaders in official media, schools, and public discourse;

15. It abandons written assurances from President Bush in 2004 regarding demographic “realities on the ground, including already exiting major Israeli population settlements” (i.e., large settlement blocs adjacent to the “Green Line”) that make it “unrealistic to expect … a full and complete return to the armistice lines of 1949.” (As an aside, Israel has known for decades that it can’t believe any commitments made by the aforementioned weak, divided, undemocratic, violence-glorifying Palestinian interlocutor. But if now it can’t even count on written commitments from its superpower ally in the context of making territorial concessions, what are the chances Israel would be willing to make such concessions in the future?)

Since the administration couldn’t defend the dramatic policy change, it tried to shrug it off by pretending that there was no change at all, even feigning surprise at the outrage. Then it enlisted its ready “echo chamber” to promote this fiction. Even casual observers and students of history and foreign policy can see through such a transparent ploy.

Your feedback is always welcome and actively solicited. Please contact me with your reactions, additions, and rebuttals. 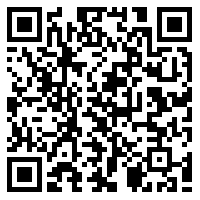