A report broadcast Tuesday night by Israel’s Channel 2 television news said U.S. President-elect Donald Trump’s choice for the incoming Ambassador to Israel – David Friedman – may begin working out of the American Consulate in Jerusalem, while the official U.S. Embassy remains in Tel Aviv.

But then, what do you call a Consulate when the Ambassador works there, and lives there in residence?


The president-elect pledged during his campaign – and repeated the promise after his election – to move the embassy to the Israeli capital. His senior adviser, Kellyanne Conway also repeated that promise, as did his chosen candidate for Ambassador to Israel, Mr. Friedman.

Last month, the incoming Trump administration also sent an advance team to Jerusalem scout for a feasible site to consider for a future U.S. Embassy.

Palestinian Authority officials, and those heading the Palestine Liberation Organization (but most head both) have repeatedly threatened, however, that any attempt to move the U.S. Embassy from Tel Aviv to Jerusalem would be considered “an act of war.”

Jordan, albeit a signatory to a peace treaty with Israel, has also warned that such a move would “cross a red line.”

U.S. Secretary of State John Kerry used most of a speech lasting well over an hour earlier this month to scorch the Israeli government and its prime minister, and sketch out the Obama administration’s “vision for peace” with a six-point plan. Kerry, too, issued dire warnings that moving the embassy to Jerusalem would cause an “explosion of violence across the Middle East.”

It is expected that Jordan will attend the upcoming Paris “peace summit” later this week. At that conference Kerry is to reprise his speech for delegates of 70 nations invited to the French capital to discuss how to resolve the issues between Israel and the Palestinian Authority.

Neither of the two relevant parties is invited to the summit that is ostensibly being held — by the very same nations who condemned the State of Israel and voted to approve a worldwide boycott against more than half a million Israelis, less than a month ago — to “help them find a pathway to peace.”

Mike Pompeo Arriving in Israel On Board Air Force Two (Or Is It Air Force One?)

God and the Pfizer Vaccine 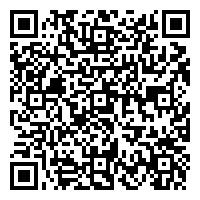