The Leket Israel organization has published its second national report together with BDO Ziv Haft Israel on food waste, and ways to salvage food in Israel: Food Waste and Rescue in Israel: The Economic, Social and Environmental Impact Report.

The report focuses on institutional food service and the various methods used to reduce food waste in Israel — an important issue, given that more than two million Israelis are living below the poverty line. The “institutional food” model used by BDO focused on hotels, banquet halls, military bases and hospitals, etc.

Leket Israel reports that approximately 2.4 million tons of food is wasted in Israel each year, at an estimated value of about NIS 19.5 billion ($5 million).

The organization says about half of that could be salvaged, totaling about 1.2 million tons at a value of NIS 8 billion. Of that, 450 thousand tons — 19 percent of the wasted food — would bridge the national food insecurity gap, according to the report.

“Western countries have worked extensively to reduce food waste this year and it is incumbent on the Israeli government to follow suit. Since the publication of the Inaugural Food Waste and Rescue in Israel Report, Leket Israel has been successful in advancing the law encouraging food rescue,” said Joseph Gitler, founder and chairman of Leket Israel.

“The law passed the Knesset preliminary reading and is currently awaiting approval in the Labor, Welfare, and Health Committee. This is a positive step; however, in order to make significant strides, it is imperative to set a national goal similar to the UN’s resolution of a 50% reduction in food waste by 2030 since adopted by the US administration.”

Nearly a third of the food that is prepared at institutions is wasted, at an estimated value of NIS 3.5 billion, according to the report, and at least 64 million cooked meals could be saved every year, at a value of about NIS 1.1 billion.

Some of the information used in the report was provided by the Israeli Agricultural Ministry, the Volcani Institute and the Central Bureau of Statistics. 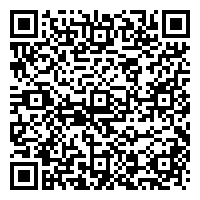