In a quickly changing world, it is important to ask which countries the United States can always count on in times of crisis. Recent events have shortened that list considerably.

India has long claimed to be a reliable ally, but it is now undercutting American efforts to impose meaningful sanctions against Iran. Its help cannot any longer be counted on in the struggle against the greatest danger faced by the United States—an Iran with nuclear weapons. Japan, another ally, is dilly dallying on sanctions as well. Brazil used to be a reliable partner, until it began to fall under the sway of Venezuela’s Chavez, who is closely allied with Iran and other American enemies. The “new” Russia and China demonstrated their lack of reliability when they vetoed American efforts in the Security Council to help resolve the Syrian crisis. Egypt, which has received billions of dollars of American aid, has defied American warnings not to put US citizens on trial on phony, trumped-up charges. Jordan, Saudi Arabia and the Emirates are now playing footsy with Hamas and Hezbollah, also Iranian surrogates, as they worry about the contagion of the Arab Spring and the growing influence of the Muslim Brotherhood.

It turns out that other than Europe, Israel may be America’s only remaining reliable ally. And even some European countries, such as France, Sweden and Norway, are in doubt.

Israel will always remain a strong American ally because it shares an American commitment to democracy, to freedom of religion, to freedom of expression and to an open market economy. It also shares a common commitment to fight against terrorism and other threats to the security of the United States—a commitment that is less that vigorous among some European countries.

Some political scientists and state department officials, who call themselves “realists”, question Israel’s value as an American ally. They are wrong, and recent events confirm how wrong they are and have been.

There is no doubt that America helps Israel enormously, as it should help those who share our democratic values. But there is also no doubt that Israel helps the United States considerably, by sharing its extraordinary intelligence-gathering capabilities, its military R&D, its computer know-how and other intangibles. As other nations in the region debate whether American troops should even be allowed to set foot on their territory, Israel welcomes the American military to engage in joint exercises. In its nearly 64 years of existence, Israel has never asked for a single American soldier to fight its battles. It fights its own battles while assisting the American military in defending our country against terrorism and other threats to our citizens.

It’s time for the realists to acknowledge that Israel not only has a moral and ideological claim to American support, but it also has a claim base on realpolitik. Moreover, Israeli exports—medical, environmental, educational, cultural, agricultural, and high tech—contribute to the quality of life of all Americans. No country in history has contributed more in 64 years to the quality of life of the world’s population than Israel has since its birth.

Those are some of the reasons why thoughtful Americans overwhelmingly support Israel, why every mainstream presidential candidate supports Israel’s security, and why Israel has never been a divisive issue in American politics, as it has sometimes been in European politics.

This commonality of interests should not immunize Israeli policies and actions from legitimate and reasonable criticism, any more than England’s shared values should immunize that country from criticism. Allies need not agree on every aspect of each other’s policy to remain supportive friends. But Israel’s reliability as an eternal American ally—and its many contributions to American security and daily life—should cause us to treat that nation as a friend and to resolve reasonable doubts in its favor.

Unfortunately, the opposite is being advocated by some “realists,” hard left academics and extremist student activists. They see Israel as an enemy and resolve all doubts against it. They single out the Jewish state for boycotts, divestment, and sanctions, (BDS)—ignoring real human rights offenders such as China, Cuba, Zimbabwe, Iran and Syria. They apply a double standard of judgment against Israel. They do not limit their hostility to particular Israeli actions or policies. Instead, they seek to delegitimate the entire concept of a secular, democratic, pluralistic nation state for the Jewish people in a world that includes numerous “Arab,” “Muslim,” “Christian,” “Hindu” and other far more particularistic states.

At its root much of the animus directed at Israel, particularly from the hard left, is actually directed at the United States. The hard left hates America, and it also hates its reliable allies such as Israel. But for those of us who love America, support for Israel—its most reliable ally—comes naturally.

So let our great nation continue to support the security and survival of another great democracy with the understanding that there is mutual benefit to our enduring alliance and friendship. Israel, unlike many other fair-weather allies, can always be counted on by the United States. 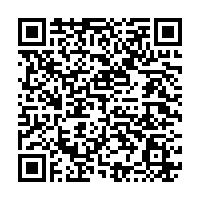