AMCHA Initiative urged members of the committee to examine campus antisemitism and take the proper steps to ensure Jewish students feel safe and welcome at California’s colleges and universities. AMCHA provided a full packet of information to the committee members about incidents of campus antisemitisim throughout California, including incidents from UC Davis, SFSU, UC Riverside and more.

You can see AMCHA’s unabridged remarks to the committee HERE.

Assembly Speaker John Perez (D-Los Angeles) announced the creation of the Select Committee in January. March 21 was the first of four public hearings the Committee will hold over the next few months. The Committee was tasked with investigating issues pertaining to student welfare on college campuses. Assembly Member Shirley Weber (D-San Diego), who worked as a San Diego State University professor, chairs the Committee.

With antisemitism at U.S. colleges, and, especially, in California, growing at an alarming rate, campus antisemitism is a concern AMCHA Initiative hears about daily from members of California’s Jewish community, including university alumni, rabbis, professors, religious school principals and, of course, students, parents and grandparents.

Students have reported to AMCHA that they feel uncomfortable speaking freely about their support for Israel and have felt unsafe at times in their classrooms and on campus because they are Jewish.

Similar student concerns were expressed at the Campus Climate meeting when two students provided personal examples of the antisemitism they are subject to on their campuses – furthering AMCHA’s resolve to continue fighting campus antisemitism.

The first student, Avi Levine from UC Berkeley, was a presenter on the panel regarding student experiences on campus. He made resounding statements such as:

“Just because someone is allowed to say something doesn’t mean that we need to tacitly endorse it. And that’s what we need from our leadership. We need to be able to, when there is a hateful divestment resolution that’s labeling me as a Zionist Nazi when my grandfather has a number tattooed to his arm. to say that this is not OK… it’s not acceptable and we don’t stand by it. That’s what we need from our leadership.”

You may see Avi Levine’s exceptional message to committee members from the video below.

The other student who testified was Omer Hit, a second year Neuroscience major at UCLA. Hit spoke during the public comments section. He provided compelling remarks to the committee members which included strong statements such as:

“…the discourse about Israel on my campus degenerates into hate speech on a far-too-regular basis.”

“We were condescendingly told that divestment does not threaten us, as if others have the right to define how student government actions do or do not affect us.”

“We were told that by opposing divestment, we are tying Jewish identity to oppression, racism, and human rights violations – an extremely dehumanizing accusation which silences and caricatures our actual concerns about the issue.”

“We constantly hear the term “Zionist” used as a dirty word, as if supporting the liberation and self-determination of a historically oppressed minority in its homeland is something to be ashamed of.”

“And worst of all, we heard speakers attempt to put down our objections by falsely redefining the term “anti-Semitism,” extending it beyond hatred of Jews. Attempting to change the meaning of this term is more than just a blatant misuse of language. It effectively minimizes the 1,900 year history of racism and oppression targeted specifically against Jews in Europe, the Middle East, and elsewhere.” 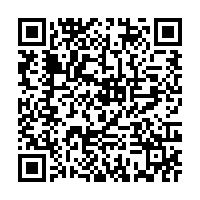