For the first time in over 20 years, and only the second time in nearly a century, the University of California (UC) is considering adding a new admissions requirement that would force all California high schools to teach the controversial and antisemitic “Liberated” ethnic studies curriculum, according to a new petition signed by close to 2,000 UC students, faculty, parents, alumni, donors, and California taxpayers.

“As UC stakeholders, we are outraged and appalled that a small group of activists seeking to circumvent state law and contravene the will of the public, state legislators, the Governor, and top education officials, have been allowed to hijack UC’s faculty governance process for their own political and financial gain,” wrote the petitioners to the UC Academic Council, which is currently considering the proposal.


The petitioners note that this “ill-conceived and dangerous proposal” is the direct result of a small group of activist-educators; it has absolutely no educational merit or justification; and it will unleash hatred and bigotry, especially antisemitism, into California’s public, charter, and private schools. The petitioners also expose that the proposal originated from a UC Berkeley student activist and that the six-member “UC Faculty Ethnic Studies Working Group” responsible for writing the UC new admissions requirement course criteria are proponents of the Liberated Ethnic Studies Model Curriculum Coalition (LESMC). In addition, the petitioners point out, if this proposal passes it will be a financial bonanza for LESMC, raising serious questions about the legitimacy of the UC approval process.

LESMC is the educational consulting group whose leaders drafted the initial ethnic studies curriculum that was roundly rejected by Governor Newsom, the State Board of Education, all Jewish communal organizations, and California’s Jewish Legislative Caucus, whose members warned that such a curriculum would “marginalize Jewish students and fuel hatred and discrimination against the Jewish community.” The State Board of Education later drafted a new curriculum that omitted all the antisemitic content, and a law was passed making ethnic studies a California high school graduation requirement.

The new California law, however, permits individual school districts to adopt whichever curriculum they prefer – the state’s recommended curriculum or a Liberated version. Due to this loophole, LESMC continues to promote its overtly anti-Jewish and anti-Zionist curriculum and consulting services to school districts across California. And the criteria for the new UC requirement, as crafted by LESMC proponents, will force every high school in the state, including California private schools to choose Liberated. This will even apply to religious schools that firmly reject the curriculum’s ideological tenets, moral evaluations, and coerced political activism, and would be in direct violation of the California Education Code, which protects the autonomy of local school districts and private schools in developing appropriate curricula for their students.

In contrast to the concise descriptions of the pedagogically sound knowledge base and analytical skills in each of the current seven subject areas, the proposed Ethnic Studies criteria contain ideologically-laden jargon, demand rigid adherence to a set of highly controversial and politicized tenets and moral valuations, and force students to engage in behavior that promotes partisan political goals. These course criteria are firmly rooted in ideologies that are deeply anti-Jewish and anti-Zionist, and, when incorporated into an “approved” classroom will inevitably lead to the portrayal of Jews as “white, privileged oppressors” and Zionism as a “racist, colonialist system of oppression,”

“Please understand that if you approve this ethnic studies admission requirement with its Liberated course criteria, and students at every public, charter, and private high school in the state are forced to take a ‘critical’ ethnic studies course, you will be responsible for unleashing enormous bigotry and enmity – especially antisemitism – into California classrooms, and threatening the safety and well-being of many students,” wrote the petitioners. “We strongly urge you to reject this politically motivated, academically vacuous, and extremely harmful proposal.”

AMCHA has led several efforts to warn about the dire harms of a Liberated curriculum. Its director, Tammi Rossman-Benjamin, was the first to expose how the discipline of “critical” ethnic studies is deeply antisemitic and anti-Zionist. AMCHA has also led several coalition efforts to educate officials about the dangers of a curriculum based on “critical” ethnic studies. She has testified before the California Senate Education Committee and the Assembly Education Committee against AB 101, the bill that mandated an ethnic studies course as a high school graduation requirement, and she provided evidence that if AB 101 became law, most school districts would adopt some version of the rejected antisemitic first draft. 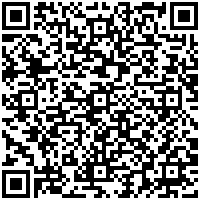