On Saturday, September 17, terrorism came back to America.

In a St. Cloud, Minnesota shopping mall, nine people were stabbed before the attacker was fatally shot by an off-duty police officer.


St. Cloud is home to one of the state’s larger immigrant Muslim populations, chiefly from Somalia. Several have traveled to Syria to fight for ISIS. The attacker was born in Africa but grew up in the United States.

One the same day in New Jersey, a garbage can exploded on the route of a Marine Corps charity run. Thousands of people were about to participate in the race in Seaside Park.

And then on Saturday evening an explosion shook the Chelsea neighborhood of Manhattan and left 29 injured. A second suspicious device was found a few blocks away and more bombs were found in Elizabeth, New Jersey.

On Monday a suspect in the New Jersey and New York incidents, Ahmad Khan Rahami, who was born in Afghanistan, was apprehended by police.

Authorities are always cautious in reaching conclusions about such incidents. They prefer to wait until all the facts are gathered. That makes sense; you need to be cautious in such matters. Officials cannot rush to judgment and say who they think might be behind an attack; doing so would risk implicating innocent, law-abiding citizens.

The reaction, though, of New York mayor Bill de Blasio opened him up to even more ridicule and criticism than usual – and de Blasio is no stranger to either.

Asked by a reporter whether the blast was terror-related, de Blasio replied, “At this moment, we do not see a link to terrorism.” And, he added, there was “no specific evidence of a connection” to the pipe bomb in New Jersey.

This produced howls of derision across social media. One person wrote, “Of course this was not terrorism. I personally believe that the three Saturday bombs were probably left by the Salvation Army as a token of love.”

I couldn’t resist joining in on my Facebook page and published a picture of de Blasio beside Al Sharpton. With a large dose of cynicism I wrote:

Let’s construct a simple quiz to help place Bill de Blasio with the right group of children on his first day in kindergarten.… OK, Bill, now take your time and choose one of the following answers:

Question 1: Were the recent NY and NJ Bombings terrorist acts?

A: No. It was the work of pixies miffed at Santa’s minimum wage.

B: No. Garbage bins often explode all by themselves.

Question 2: Was the December 2014 execution, by a Muslim, of two New York City cops sitting in their car in Brooklyn a terrorist act?

A: No. The black Muslim assassin was framed by white pixies.

B: No. The cops provoked him by not smiling nicely like I have to.

Question 3: Was 9/11 an Islamist terrorist act?

B: No. What’s a terrorist act?

C: No. My teacher, Mrs. Obama. told me there is no such thing.

Question 4: When so many New York City cops turn their backs on a mayor, is that a good thing?

A: Yes. It shows they love him.

The timing of these attacks is of course a gift to the Trump campaign. Fox News reported that more than 800 illegal immigrants from “countries of concern” who were set for deportation were mistakenly granted U.S. citizenship because the Department of Homeland Security didn’t have their fingerprints on file. This was according to an internal audit released the day the suspect in the New York and New Jersey bombings was captured.

Reportedly, Department of Homeland Security Inspector General John Roth also found fingerprints missing from federal databases for as many as 315,000 immigrants with final deportation orders or who are fugitive criminals.

So much for the calming claim that immigrants to the United States face “strenuous vetting procedures.”

The real gift to Trump, though, is not the scary revelation of governmental ineptitude and the potential threats created by that incompetence. No, the real gift is the exposure (far from the first time) of the skewed sense of judgment shared many on the left who simply refuse to acknowledge the nature of the threat facing the American people.

The greatest exemplar of this is, of course, the president himself, who simply refuses to use the word “Islamic” and “terror” in the same sentence.

Yet the threat posed to this nation from precisely that source has been irrefutably demonstrated over and over again: 9/11, Fort Hood, Boston, San Bernardino, Minnesota, New Jersey, New York again…

Notwithstanding my Facebook mockery of de Blasio, I don’t believe for one moment that he is a stupid man. Nor do I believe that Barack Obama and Hillary Clinton are anything other than highly intelligent people. The problem is that anyone whose judgment suffers from preconceived notions will act on conclusions that are wrong and bad.

Immigration was the number one reason Brexit succeeded in the UK, even if some could not admit it. Intellectuals on the left, champions of “the people,” were quick to condemn those same people as being too stupid to have realized what they were voting for when they chose to leave the European Union. Yet all the British people I know who voted to leave were highly educated and highly intelligent. They simply believed that the judgment of those controlling the EU when it came to the threat posed by broken and failed European immigration controls could no longer be tolerated.

This is the time of year when Jews think a lot about Judgment. The month that includes Rosh Hashanah, Yom Kippur, Sukkot, and Simchat Torah is represented by the astrological sign of scales.

Many Jewish works state that one of the ways the Almighty indicates to the Jews that He is unhappy with them and expects them to do better in the year ahead is by giving them leaders who are woefully inadequate.

As we enter this awe-inspiring period of the Jewish calendar, we might want to make a few New Year’s resolutions to try to be more deserving of leaders whose judgments are clear and free of bias so that they can institute policies that keep this country and the world free of terror.

No Matter What Happens with Trump, Obama’s anti-Israel Narrative will Take a Huge Hit 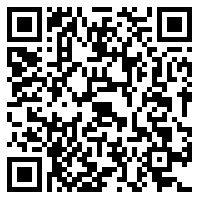