Sonya and Mikey Franklin, transplanted Londoners living in the DC area who are also, as Mikey’s Twitter profile puts it, “Red Sea pedestrians,” on Sunday told BuzzFeed News that, just two days after they hung a Black Lives Matter flag on their window, their Rockville, Md. home was vandalized with toilet paper and eggs were thrown at their car “to scare us, and they succeeded because we’re scared,” Mikey Franklin told BuzzFeed News. “Not that people will harm us, but that there are people that would do this in our very diverse area.”

Also, on Saturday, the Franklins woke up to discover a crumpled anti-Semitic note–all caps–on their car windshield, with a yellow star and the word “Jude,” Nazi style.


The car has Black Lives Matter bumper stickers. Still, Mikey is certain “it had to be someone who knew that we were Jewish.”

Sonya, whose family hails from the Soviet Union, told BuzzFeed about the hate letter that “somehow, putting a yellow star on it, it’s made it more personal.”

Rockville Police classified the incident as a “possible hate crime and will be investigated as such,” even though there’s nothing in the all-caps text that’s outright anti-Semitic, because the Franklins explained to Sgt. Christopher Peck that “Jude” meant “Jew” in German. “We have no clue who did this,” Peck told BuzzFeed. “There’s no video cameras or surveillance video and no one has come forward as a witness.”

Franklin said the note and the vandalism came just two days after they took down a Black Lives Matter flag they hung from their kitchen window, which faces the public street.

Here’s one unexpected direction for the investigation: the Franklins received a note from the property management company of their unit telling them it’s against rules to personal item on the front of their building. So Thursday night they took down the offending flag.

This note was left on my car this morning in Rockville, MD because I’m Jewish and I support #blacklivesmatter. Yes, that’s a yellow star. pic.twitter.com/5Jd4gZfvG8
— Mikey Franklin (@mikeyfranklin) January 7, 2017 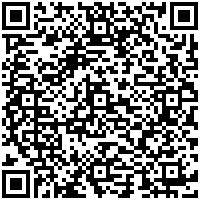