The e-mails informed Ciaramella and a handful of other Obama administration foreign policy officials about Soros’s whereabouts, the contents of Soros’s private meetings about Ukraine and a future meeting the billionaire activist was holding with the prime minister of Ukraine.

A primary recipient of the Open Society emails along with Ciaramella was then-Assistant Secretary of State for European Affairs Victoria Nuland, who played a central role in the anti-Trump dossier affair and worked closely with Ciaramella.

The e-mails spotlight Soros’s access to national security officials under the Obama administration on the matter of Ukraine.

In one instance, Jeff Goldstein, senior policy analyst for Eurasia at the Open Society Foundations, sent a June 9, 2016 e-mail to Nuland and Ciaramella, who were the missive’s primary recipients.

CC’d were three other State Department officials involved in European affairs, including Alexander Kasanof who worked at the U.S. embassy in Kiev.

The message read: “I wanted to let you know that Mr. Soros met with Johannes Hahn in Brussels earlier today. One of the issues he raised was concern over the decision to delay the visa liberalization for Georgia and the implications for Ukraine.”

The e-mail stated that Soros told Hahn “that Ukrainian civil society is concerned that without reciprocity from the EU for steps Ukraine has taken to put in place sensitive anti-corruption and anti-discrimination legislation and institutions it will not be possible to continue to use the leverage of EU instruments and policies to maintain pressure for reforms in the future.”

Soros also “urged Hahn to advocate with member states to move ahead with visa liberalization for Ukraine,” the e-mail related.

“I’m sure you’ve been working this issue hard; if you have any thoughts on how this is likely to play out or where particular problems lie I’d appreciate if you could let us know,” the e-mail concluded.

Nuland replied that she would be happy to discuss the issues by phone. Goldstein set up a phone call and wrote that Soros specifically asked that an employee from the billionaire’s “personal office” join the call with Nuland.

The email was released last August as part of a separate Freedom of Information Act request by the conservative group Citizens United. The FOIA request was unrelated to Ciaramella.

Johannes Hahn, referenced in the e-mails as meeting with Soros about Ukraine, is the European Commissioner for Neighborhood Policy and Enlargement Negotiations.

In 2015, Hahn participated with Nuland in the YES Summit, which bills itself as “the leading public diplomacy platform in Eastern Europe.”

Another summit participant was Vadym Pozharskyi, a board advisor to Burisma, the Ukranian natural gas company at the center of the impeachment trial and the allegations related to Hunter and Joe Biden.

On scores of occasions, Hahn was a featured speaker at roundtables and other events produced by the Atlantic Council think tank, which is funded by and works in partnership with Burisma.

The Atlantic Council is also financed by Soros’s Open Society Foundations and has been in the news for ties to various actors associated with the impeachment issue.

In one of several instances, Breitbart News reported, the itinerary for a trip to Ukraine in August organized by the Atlantic Council reveals that a staffer on Rep. Adam Schiff’s House Permanent Select Committee on Intelligence held a meeting during the trip with Acting U.S. Ambassador to Ukraine Bill Taylor, now a key witness for Democrats pursuing impeachment. The Schiff staffer is also an Atlantic Council fellow, while Taylor has evidenced a close relationship with the Atlantic Council.

Nuland has come under repeated fire for her various roles in the anti-Trump dossier controversy. 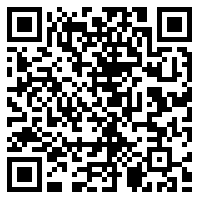