In video released by this reporter this week, President Obama is seen giving a 2005 speech on racism and Hurricane Katrina in which he declares the Bush White House evidenced a “passive indifference” toward blacks that is common in a society that believes all people drive SUVs with trunks full of sparkling water.


In the speech, Obama strongly implied that Karl Rove was a racist. He further said that while George Bush may not be lying, he should be called “on his bluff” when “he says he has finally been awakened about the fact of poverty and racism in our midst.”

Obama made the remarks at the Harvard Law School Association “Celebration of Black Alumni” Award Luncheon on Sept. 17, 2005. Obama delivered the keynote address and was the recipient of that year’s award.

Obama stated, “You know, after the hurricane and its aftermath there was a lot of discussion about the fact that those who were impacted by the achingly slow response on the part of the federal government were disproportionately black.”

“… I do not ascribe to the White House, or to FEMA, to Mr. Chertoff or Mr. Brown any active malice. I don’t think they were in there plotting and saying ‘You know what? These are black people, let’s not rescue them.’

“But rather what was revealed was a passive indifference that is common in our culture, common in our society. A sense that, of course once the evacuation order is issued that you will hop in your SUV and fill it up with $100 worth of gasoline and load up your trunk with some sparkling water and take your credit card and check in to the nearest hotel until the storm passes.”

Obama said the notion that “folks couldn’t do that simply did not register in the minds of those in charge.”

“And it’s not surprising that it didn’t register because it hasn’t registered for the last six, seven, eight, twenty, fifty, seventy five, one hundred years,” he added. Obama said the “incompetence” aspect of the Bush White House to Katrina was “color blind.”

The politician then focused on Bush and Rove. “I do have a couple of suggestions in terms of how I think politically we are going to have to move forward,” stated Obama. “First of all just in the immediate aftermath of the hurricane I think it’s important that we don’t just assume that George Bush is lying when he says he has finally been awakened about the fact of poverty and racism in our midst. And it’s tempting to do so especially when he decides to put Karl Rove in charge of reconstruction, but I think it is absolutely imperative that we call him on his bluff. That we assume the best. That we trust although we should verify.”

The report of the 2005 videos comes after the Daily Caller, the Drudge Report and Fox News Channel’s Sean Hannity yesterday spotlighted previously unreported controversial statements by Obama from 2007 in reference to Hurricane Katrina.

Almost entirely missing from the debate surrounding the anti-U.S. attacks in Libya is the arming of jihadists in that country, a controversy that could rival the “Fast and Furious” scandal in which government agencies have been accused of walking guns into Mexico with the purpose of arming the Mexican drug cartel in order to track the weapons.

The policy may even trump the Iran-Contra affair that saw senior Reagan administration officials in the 1980s secretly facilitate the sale of arms to Iran in hopes of securing the release of hostages.

In the case of Libya, America’s arming of jihadists may have directly resulted in the September 11th attacks against the U.S. consulate in Benghazi and the subsequent murder of Ambassador J. Christopher Stevens and three others.

After changing its story multiple times, the White House on Friday finally conceded that the deadly assault on the U.S. consulate was a planned attack linked to Al Qaeda, as per information released by national intelligence agencies. The admission promoted Rep. Peter King to call for the resignation of U.S. Ambassador to the United Nations Susan Rice for pushing the narrative that the attacks were part of a spontaneous uprising. 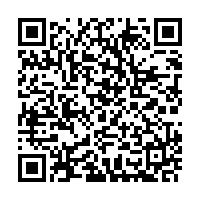