In testimony before the House Select Committee on Benghazi, a former top State Department official shifted blame for the death of Ambassador Chris Stevens in Benghazi from the Obama administration on to Stevens himself and the ambassador’s security team.


The final report of the House Republicans Select Committee on Benghazi, released last Tuesday and reviewed in full by Breitbart Jerusalem, further documents that the State Department was in touch with Stevens about how to publicly respond to violent attacks on Western diplomatic outposts in Benghazi.

The committee found the State Department’s public relations requests “noteworthy” because “Stevens’ expertise was being sought on the messaging of violence in Libya as opposed to his expertise being sought on how best to protect against that violence.”

The placement of blame for Stevens’s death was made in testimony by Charlene Lamb, then Deputy Assistant Secretary of State for Diplomatic Security and International Programs. Lamb was one of four State Department officials disciplined in response to the attacks for her alleged role in denying security requests to the U.S. Benghazi mission. She was placed on administrative leave but was subsequently reinstated to a State Department job by John Kerry.

The final Benghazi report reveals that Lamb told the Committee: “The RSO [Regional Security Officer] and the Ambassador are ultimately responsible for security at post. It is very unfortunate and sad at this point that Ambassador Stevens was a victim, but that is where ultimate responsibility lies.”

Chris Stevens originally planned to arrive in Benghazi with Pentagon assistance and attempted to coordinate with the Defense Department in order to be housed on a protected coalition naval vessel for a period of time. However, the Obama administration’s “no boots on the ground” policy directly precluded such protection, which would have required Stevens to stay overnight with the military at sea and take a boat to land when he was required to be on the ground in the chaotic country of Libya.

Stevens traveled to Benghazi, Libya via a Greek cargo ship on April 5, 2011 in the midst of the civil war there. It has been revealed that instead of being housed on a naval vessel, Stevens originally stayed at a hotel that was so dangerous that there were routinely “explosions occurring near and around” the facility.

At one point, Stevens and the Swedish Consul were in the hotel’s dining room when a small-caliber round penetrated the walls while the two were dining, according to a member of Stevens’s security team.

Separately, Hillary Clinton’s publicly released e-mails, previously reviewed by this reporter, take on renewed significance in light of this newly released information about Stevens’s hotel stay. The e-mails show Clinton was updated about the status of Stevens’s travels during the period in question, including threats to Benghazi hotels.

The Republican report documents Stevens traveled to Benghazi from Malta “by Greek cargo ship with $60,000 in currency and an eight-member Diplomatic Security protective detail.” Also in the group was a junior reporting officer tasked with conducting political reporting, and two members of the Disaster Assistance Response Team from the United States Agency for International Development.

This unusual arrangement was not how Stevens intended to arrive in Benghazi. The Republican report reveals that weeks before his departure to Benghazi, Stevens traveled to Stuttgart, Germany to meet with General Carter F. Ham, commander of the United States Africa Command (AFRICOM), to “discuss the trip into Libya, including any potential rescue operations.”

Stevens discussed with Hamm and other top Pentagon officials an original plan to travel to Benghazi with the military: “Stevens discussed traveling to Benghazi on a ‘helicopter to a coalition naval vessel that can go close to shore,’ and then ‘zodiac transport from ship to shore’ for ‘day trips only, returning to the naval vessel to RON [rest overnight].’ The report continued: “While Stevens was still in Europe coordinating his entry, the National Security Council ordered him to deploy ‘as soon as possible.’” 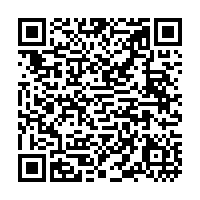