Alan Dershowitz, a staunch Democrat and emeritus law professor at Harvard University, stated in an interview on “Aaron Klein Investigative Radio” on Sunday that the decision by Hillary Clinton’s vice president pick, Virginia Senator Tim Kaine, to boycott Prime Minister Benjamin Netanyahu’s speech to Congress was a “mark against” the candidate.


Still, Dershowitz maintained that the Clinton-Pence ticket was “far better for America and for Israel” than the Donald Trump and Mike Pence ticket.

Dershowitz also sounded off about the decision by Kaine and other prominent Democrats to support the international nuclear deal with Iran. Kaine helped generate support for the Obama administration’s nuclear deal with Iran by whipping senators into opposing a vote that prevented the Senate from blocking the deal.

The YouTube sensations known as “Diamond and Silk” excoriated the Black Lives Matter group in a video interview with this reporter last week at the Republican National Convention.

“If your black life really matters, you wouldn’t march in the streets and be blocking traffic. Someone can run you over. Duh!”

Silk chimed in, stating, “In order for your black life to really matter you have to know that yourself. You can’t be looking for somebody else to take and verify that your life really matters.”

The two self-professed Democratic black women shot to stardom earlier this year when they expressed enthusiastic support for Donald Trump in a series of YouTube videos. My video interview with the two also went viral on YouTube.

Here is a partial transcript of their remarks to me at the RNC regarding Black Lives Matter:

DIAMOND: It’s no longer a movement. It’s really a mess. And my thing is here. You keep saying that you want equality. Well, come to the table and let’s get that right there. You know, you can’t continue to march in the streets, pump your fists, and the same people that you are marching against is the same people that is getting killed to protect you. That is dying to protect you.

So what I would say if I was to offer a solution to the Black Lives Matter movement. Let’s come to the tables. The tables are not out there in the streets. Come on the outside and let’s sit down and let’s solve a common problem.

DIAMOND: If you don’t come inside…. If your black life really matters, you wouldn’t march in the streets and be blocking traffic. Someone can run you over. Duh! Listen, you’ve got to care about your own self first. We know that we have problems on both sides. Let’s solve the problem. That’s all we’ve got to say. 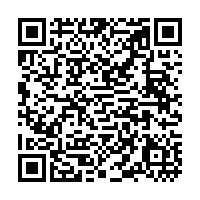