The Gemara in Brachos says that one is not allowed to add his own praises of Hashem while davening. The Gemara explains that by doing so it could seem that what one added was the only praise missing, and that there are no more praises of Hashem. Similarly, Bubby, for one to try to mention all of your praises would be impossible. With that said I would like to mention a few points, without implying that this is all there is to be said.

In Shemos the pasuk tells us, “Vayakam melech chadash b’Mitzrayim.” Rashi explains that there is a machlokes as to whether it was a new king or the old king who made new laws. We can understand those that say it was an old king with new laws. However, how do those who say it was a new king explain that he did not know of Yosef? It was only a few years since Yosef’s death and he had saved the entire country from a famine. He was second in command and made Mitzrayim into a superpower. The answer is that, of course, he heard of Yosef but, because he had not witnessed Yosef’s greatness personally, he could not truly fathom it.

Bubby, this can be said of your greatness and of your chesed and maasim tovim, for they, too, were so awesome and great. Bubby, you were zoche to see five generations – for which it is said you will go to Gan Eden. But I’m worried that the next generation won’t be able to comprehend fully how great you were. For those who were fortunate to witness Bubby it is incumbent that we constantly review and remind ourselves of her great deeds, lest we forget. Hopefully, we will be able to properly pass down to our children who Bubby was.

When I got engaged, Bubby asked me whether I had mentioned to my kallah that we come from a long lineage of rabbis, including the Chasam Sofer, the Divrei Chaim, and the Aruch Hashulchan. I”yH, I hope to tell my children and their children, do you know who you come from, besides the above mentioned list I will tell them they come from you, Bubby and Zaidy.

We bless our children every Friday night, “Yasimcha Elokim k’Efraim uk’Menashe.” The question is: why do we ask that our children be likened to Efraim and Menashe over all the other shivatim? Rabbi Moshe Feinstein answered that, generally, there is an inherent yeridas hadoros. The further away one is, the weaker the mesorah. Yaakov Avinu felt that this was not the case with Efraim and Menashe. Although they were his grandchildren, he felt that they were on the same level as if they were his children, and the mesorah was not weakened.

Bubby, you were marich yomim and it was a zechus for everyone whose lives you were able to touch. You have helped keep the mesorah alive for us. I hope that we will be able to keep vibrant the mesorah that is from you.

I remember Bubby and Zaidy saying you should go m’chayil el chayil. Now it is our turn to wish it upon you Bubby, may you go m’chayil el chayil. However, I would like to add the end of that pasuk (from Tehillim), “yirah el Elokim b’Tzion.” The Gemara at the end of Brachos interprets this to mean those who go from multitudes of good deeds to multitudes of good deeds will merit to be mekabel pnei haShechina.

Bubby, you have definitely conducted your life in this manner – going from multitudes of greatness, good deeds, chesed and mitzvos to another. You shall now go and receive your reward, be mekabel pnei haShechina. May you bring with you your armies of zechusim and be a meylitz yosher for the family and for all Klal Yisroel and help bring the geula sh’leima b’karov. 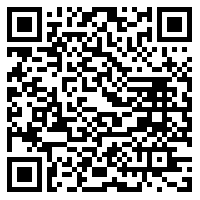