The news that Bill Clinton was chosen as father of the year by The National Father’s Day Council has brought for the scoffers. Really, the dude with Monica Lewinsky? The man who humiliated his wife?

They’re wrong. A man can be an imperfect husband and still be a great Dad. In fact, it’s become something of a national crisis. There are way too many men who love their kids more than their wives when, in truth, a healthy marriage dictates that the relationship between the parents always has to come first.


Countless wives who have come to me for counseling complain that they are married to indifferent, unromantic, selfish husbands. Yet, when I ask them, “Does he neglect his kids the way he neglects you?,” the majority of the time they say, “Actually, no. He’s a great Dad.” Even women who have divorced their husbands and told me what miserable marriages they were in will then tell me that, remarkably, their ex continues to be an engaged and loving Dad.

I’m reading The Patriarch, David Nasaw’s magisterial book about Joseph Kennedy. What the biography shows is that Kennedy was a deeply anti-Semitic, compulsively adulterous, misogynist. But boy did he love his kids. A man who put making money before almost all else, the exception was dropping everything whenever his kids were ill. To be sure, there were horror stories like the lobotomy of his daughter Rosemarie. But by and large, though he was an awful, philandering husband who  his wife with endless affairs, he was extremely attached to his kids.

Which brings us to Bubba.

A few months ago, while I was sitting at the JCC in Manhattan at a lecture that featured my friend Rabbi Marc Schneier of Westhampton and was moderated by Chelsea Clinton, I was suddenly disturbed by a rush of men with noodles coming out of their ears. Bill Clinton came in and sat in the seat right in front of me. His daughter was on stage and he wanted to see her. He arrived very quietly and was clearly there to show his daughter support. Then, this past Summer, Clinton toured a country very close to my heart, Rwanda, for his Clinton Global Initiative. In so many of the pictures he is walking around with one hand on his daughter’s shoulder. Not even his biggest critics deny that he is a loving and involved father who has given his daughter great confidence in herself as a woman, even as he has, most assuredly, caused her pain by acts of unfaithfulness that hurt her mother, all the more so because they were so public.

The two are not incongruous. You can be a great father even if you’re not exactly the greatest spouse.

Of course, it’s best to try and be both. 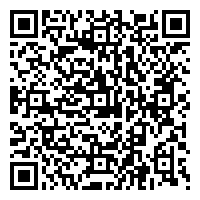