Scarlet Johansson has demonstrated tremendous courage in facing down the anti-Israel, double standards of Oxfam and other organizations that trade in condemnation of the Jewish state. SodaStream, for which Johansson now serves as global brand ambassador, employs 500 Palestinians and 400 Arabs from Eastern Jerusalem. SodaStream’s Maale Adumim factory in the West Bank offers both a mosque and a synagogue, and Jewish and Arab employees share the company cafeteria together.

Last January, SodaStream CEO, Daniel Birnbaum, stated in an interview with Arab publication Al Monitor that “We practice equality and full cooperation both on the job and off it.” And upon receiving an invitation to the meet the Israeli President and receive an award, Birnbaum brought guests that included some of the Palestinian employees from the Maale Adumim factory and subjected himself to the same security checks.


Still, Johansson was condemned by Oxfam for associating with a company they claim contributes to the “denial of rights of the Palestinian communities that we work to support.” One would have expected her to buckle. After all, she is, while Jewish, not a professional pro-Israel spokesperson. Many have no idea that she’s even Jewish. Yet she responded by resigning as Oxfam’s global ambassador due to a “fundamental difference of opinion” and stood up for the Jewish state against ferocious international assault.

It’s a lesson that should be taken to heart by those who are concerned that Israel cannot win arguments in the marketplace of ideas.

Executives at Hillel and other Jewish campus leaders have expressed consternation at my organization’s announced plan to stage large-scale debates on the Israeli-Palestinian conflict in order to demonstrate the fearless conviction that Israel can win arguments in the marketplace of ideas.

Many have written to me pleading that dialogue is better than debate. They believe our debate series across the country will undermine harmony on campus and create friction and tension.

It’s time American Jewry faced up to facts. There is no harmony at the nation’s most troublesome campuses. There is, rather, an active, militant, and growing attempt to delegitimize Israel with Jewish students and other Zionists steadily losing significant ground. It’s happening on prominent American campuses, with leading academics from Yale, NYU and Northwestern, among others, supporting the American Studies Association boycott of Israel. It’s happening in Hollywood, whether it’s Emma Thompson’s protest of an Israeli theater group’s participation in a 2012 Shakespeare festival in England, or Elvis Costello cancelling two performances in Israel out of “a matter of instinct and conscience,” or Stevie Wonder not performing in Los Angeles at the gala benefit for Friends of the Israel Defense because he has “… always been against war, any war, anywhere,” or Roger Waters, former front man of Pink Floyd, branding Israel a “racist apartheid” regime.

But the lack of response to such anti-Israel sentiment is not because of cowardice or impotence but because American Jewry – especially those working on campus – has yet to accept that we have a battle on our hands.

There is noone to talk to at the BDS movement. These are people who hate Israel and employ garish double standards, wanting to punish one of the most humane democracies on earth while they overlook the glaring human rights abuses of nations like China and large swaths of the Arab world. They want to punish Israel even more than they want to stop the slaughter in Syria.

It’s time that we accept that for many campuses, organized, rules-based debate is exactly what is required.

Trying to secure pro-Israel speakers on campuses like UC Irvine or McGill can result in the kind of dangerous riots and chaos that prevented former Israeli Ambassador Michael Oren, Natan Sharansky, and Benjamin Netanyahu, from even being heard. Such hooliganism has been common in Britain for years where, for example, Deputy Ambassador to Britain Alon Roth-Snir was prevented from speaking at the University of Essex, Foreign Minister Danny Ayalon was shouted down at Oxford by shouts of “Itbah Al-Yahud” [Slaughter the Jews] and “From the river to the sea, Palestine will be free,” and at Edinburgh where Ambassador Daniel Taub, despite bring protected by a small army of British police and Israeli agents, still had his lecture disrupted.

Debates are different, inviting as they do from the outset the other side to present its case. The idea is not to bring anti-Israel speakers to Hillel, but to organize the debates in neutral, leading University venues where Israel’s case can finally be made.

I am traveling back to Oxford University, where I served as Rabbi for 11 years, for a debate on Iran, and the threat it poses, at the Oxford Union on 6 March. There will be many detractors of Israel, to be sure. But as I learned with the tens of debates I personally organized at Oxford, there is no better way to communicate one’s message than to demonstrate fearlessness and a belief in the courage of one’s convictions.

The Union is famous for its debates, something at which Oxford leads the world. It was at Oxford that I started the first modern debates on science and religion, featuring the world’s leading atheists like Richard Dawkins. Later I would debate the world’s other most famous atheist, Christopher Hitchens, at the 92nd St Y, a debate that has garnered nearly a million views online. In each of those cases there also was the assumption that religion could never hold its own against a modern science. But the many religious people who engaged Dawkins and Hitchens helped to demonstrate the intelligent side of religion and win over adherents.

I am astonished that our community is afraid of Israel debates. Does it stem from fear that Israel can’t defend itself? That students are not fair and will immediately support the Palestianian side?

Sometimes you have to accept that you have a battle on your hands and the only way to move forward is to embrace the fight.

The only bright spot in the failed campaign of Mitt Romney was the night he stunned the world in Denver with the power of his ideas and presentation in debate. Adlai Stevenson began turning the tide of Soviet propaganda when he engaged the Soviet Ambassador Valerian Zorin in debate at the United Nations, challenging him directly on his assertion that there were no offensive missiles in Cuba. Until then the communists were able to assert their bullying views in international forums almost with impunity. And that’s why Stevenson’s retort to the Soviets is today regarded as a classic moment.

The same applies to Israel’s need to fight on campus with its most eloquent spokespeople.

In my last column on this subject I argued that while falafel parties and Israeli dancing are important, there is no substitute for the kind of intellectual inspiration that can be offered in intelligent, rules-based debate. We are not the people of the matzo ball but the people of the book. It’s time to win the world over to our ideas by overcoming our reluctance to share and defend those ideas.

It is the purpose of our organization, This World: The Values Network, to offer the world’s foremost defenders of Israel, at our expense, along with an advertising budget and PR support, to pro-Israel campus organizations, both Jewish and non-Jewish, who are prepared to help organize these debates.

If your organization qualifies and if you’re at a campus where Israel is under siege then please reach out to us.

SodaStream Employees to Get $5,000 Rosh Hashanah Bonus (Each) After PepsiCo Purchase 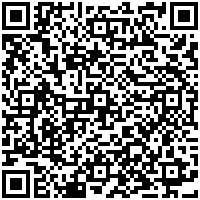