Everything over the past week was memorable and magical as Dr. Mehmet Oz, America’s foremost daytime TV host and the world’s most famous doctor, toured Israel. From dancing the horah outside the Tomb of the Patriarchs in Hebron, to dancing Friday night at the Western Wall with Israeli soldiers and thousands of worshippers, to meeting with Prime Minister Netanyahu for ninety minutes of substantive conversation about Israel, Turkey, and the United States, Dr. Oz and his family showed the Jewish state extravagant love and admiration.

Mehmet is a remarkable man and seeing him up close reinforced the high regard in which I have always held him, ever since we started working together for Oprah at her radio network. First there was his attention to his children, all four of whom accompanied him, along with his son-in-law. Mehmet would go nowhere without them and pulled them in to hear every last explanation about Israel’s ancient and modern history.


Then there is his dedication to his wife Lisa, a remarkable and brilliant woman in her own right, and vastly knowledgeable of the Bible. Lisa was correcting me constantly on Biblical quotations (I purposely got them wrong so she could feel superior). Mehmet is a man who honors his wife at every opportunity.

Of course, there were the legions of fans – Jews and Arabs in every part of Israel – that pleaded for a picture and he turned noone down.

But more than anything else there was his attachment to the Jewish people on display at every moment. Mehmet is a Muslim, perhaps the world’s most famous Muslim who is not a head of state. He is a righteous and proud Ambassador of his faith and feels an innate kinship and brotherhood with the Jewish people.

He praised Israel constantly, from lauding its treatment of its minority citizens at our joint lecture at Rambam hospital in Haifa, to noting Israel’s phenomenal medical breakthroughs at several news conferences, to highlighting his amazement at Israel’s capacity to turn deserts into thriving cities.

In Hebron, at the tomb of the patriarchs, we prayed together publicly for peace and understanding between the children of Abraham. At the tomb of Maimonides we noted the role reversal. Maimonides, a Jew, was the world’s most famous physician, and he served the Muslim ruler Saladin. Now, a Muslim doctor – the world’s most famous – was visiting his Jewish brothers in the Holy land 900 years later.

Joined with Natan Sharasnky at the Jerusalem Press Club for a public discussion, the three of us debated whether there was an obligation to hate evil. Mehmet maintained that hatred harmed he who harbored it, even for the best of reasons. On this Sharasnky and I disagreed. Natan spoke of the evil he encountered in the KGB. I spoke of Hamas’ genocidal covenant and Hezbollah’s commitment to annihilating Israel. Terrorists deserved our contempt. Only by truly hating evil are we prepared to fight it. In the end we compromised in agreeing that hating evil should not be obsessive and internal but rather externally directed at neutralizing those who slaughter God’s innocent children, whoever they may be.

As I walked Dr. Oz and his family through the old city of Jerusalem on Friday night, we passed through Zion gate, still riddled with bullet holes from the heavy fighting of 1967 that liberated the city. At Shabbat dinner at the home of Simon and Chana Falic, my friend Ron Dermer, Israel’s newly appointed Ambassador to the United States, explained to Mehmet that even after Israel conquered the Temple Mount in the Six Day War it left control of Judaism’s holiest site to the Muslim waqf and that such an action had no precedent in all human history. Ron said that there could no greater illustration of Israel’s desire to respect its Muslim citizens and seek peace.

At the Christian holy sites, like the Church of the Holy Sepulcher in Jerusalem and Church of the Annunciation in Nazareth, and Muslim Holy Sites like the Dome of the Rock and the vast Muslim crowds that filled mosques for Ramadan, Dr. Oz saw first hand how Israel is a country of thriving religious liberty.

But the highlight of the visit was the conversation with Prime Minister Netanyahu where Ambassador Dermer joined Mehmet and me as we heard the Israeli leader deeply engage Mehmet about Israel’s search for peace and the challenges it faces with the destabilization of Syria and Egypt on the one hand, and the changes in its relationship with Turkey, on the other. 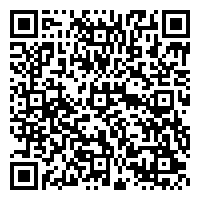