Dozens of soccer fans booked rooms Sunday night in Jerusalem’s Inbal Hotel, where the FC Barcelona team was staying, to meet the players and then follow them to the Western Wall Monday morning as the team wrapped up their tour of Israel.

The fans cheered them at the hotel desk and asked for autographs while others waited outside for the team, which spent the night and ate three meals, tailor made for athletes’ specific dietary requirements, at the five-star hotel.


More than 100 rooms were set aside for the players, coaches, staff and families, who stayed on separate floors.

Bruno De Schuyter, general manager at the Inbal Jerusalem Hotel, said, “We are very proud for the opportunity to host the best football team in the world and being able to give them a five-star deluxe level of service. We were glad to have given them the variety of services requested, including healthy, balanced meals, and a full access to the gym and spa facilities of the hotel, that have been used by team management and crew members.”

Inbal , which overlooks the Old City Walls, said that the club and Comtec, the company producing the visit, picked the hotel out of all of the five-star hotels in Jerusalem due to its ability to meet the strict requirements and its level of service. 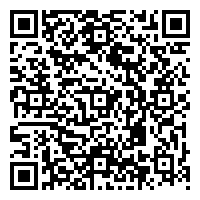