I know he was trying to be comforting, but President Obama’s comments at Sandy Hook about God perpetuates the myth that we humans ought to always see God in the role of comforter. God is supposed to be our protector and, Biblically, we’re supposed to challenge God in the face of suffering rather than believe that innocent people dying is somehow His will.

After reading the first names of all the twenty children who were murdered, here is what President Obama said:

God has called them all home… May God bless and keep those we’ve lost in His heavenly place.  May He grace those we still have with His holy comfort.  And may He bless and watch over this community, and the United States of America.

Called them home? What? Their home is with their parents in Connecticut, not at the divine throne in heaven.

“His holy comfort”? Who wants that? We want these kids alive and well, not in some substitute comfort.

May God “bless and watch over this community.” Wait a second. Was he watching when Adam Lanza shot each of these children multiple times? And if He was, which I, as a religious man firmly believe, then why didn’t He stop it?

Obviously, this isn’t about President Obama. It’s about a prevalent and fraudulent belief in world religion, captured in the President’s otherwise moving speech, that when tragedy strikes our first impulse should be to defend God rather than rail and thunder against the injustice of it all. God’s first role is not supposed to be as our consoler-in-chief. Rather, He’s supposed to be our foremost guardian. If He could split the Red Sea than He can stop a ‪.223-caliber Bushmaster AR-15 assault rifle’s bullets. If He could bring down the walls of Jericho then He could have made the walls of the Sandy Hook school impregnable to monsters. And if he could revive the dead with Elisha, then He could preserve the life of these small children.

Judaism gave rise to the defiant man of faith, the man who, like Jacob, spars with angels and defeats them. The Jew is a child of Abraham who went so far as to accuse God of injustice when the Almighty sought to the destruction of both the righteous and the wicked of Sodom and Gomorrah at the same time. The Jew is the disciple of Moses, who thundered to God that he wished his name to be taken out of God’s holy Torah if the Creator would proceed with His stated intention of wiping out the Jewish nation after the sin of the Golden Calf. The Jew is like King David, who declares in the Psalms, I shall not die for I shall live. The Jew has achieved immortality through an impudent insubordination in the face of historical inevitability, daring to defy fate and forge an audacious destiny.

Our role in life should not be to offer empty platitudes in the face of suffering, about how the murdered children are in heaven. Rather, we have a right to demand from God that He abide by the same values and rules that He commanded us to uphold. Through Moses, He commanded us to always choose life. This day I call heaven and earth as witnesses against you that I have set before you life and death, blessings and curses. Now choose life, so that you and your children may live (Duet. 30:19). Must God not also choose life? Are we human beings just so much cosmic chaff that when our children are slaughtered? Are we meant just to bow our heads in silent submission?

No. The role of religion is not to make us compliant. Rather, faith galvanizes us to make the world a better place. That means fighting evil and protecting life. It means building hospitals and developing medicines. And it also means demanding of God that He show Himself in history and help us to make the world a safer place.

We can’t stop every monster-psycho like Adam Lanza. But He can. And spare me the arguments that say if God were to stop evil we would not have any freedom of choice. When Adam Lanza grabbed his mother’s guns and started over to the Sandy Hook school, he could easily have been hit by a bus and none would have been the wiser. It would not have compromised anyone’s freedom of choice.

Challenging God in the face of suffering is not blasphemous. Rather, it is deeply religious and the ultimate sign of faith. It means we believe that God controls the world, controls human fate, controls the world’s destiny, and has it in His unlimited power to make the world a happier place.

President Obama is an eloquent speaker. But rather than let God off the hook, in the face of tragedy, I would rather hear him say, “Lord, we Americans are a righteous people. We spend endless blood and treasure around the world to untie the hands of the oppressed, to protect the rights of women, and to safeguard children from terrorists. We give huge amounts of charity and Synagogues, Churches, and Mosques. We have Your holy name printed even on our money, and we have a national day of Thanksgiving to show our gratitude for Your bounty. We deserve better than to see twenty tiny, precious souls slaughtered so brutally. In the name of all that is righteous, and as the Chief Magistrate of this great nation, I ask You, I implore You, I demand of You, to protect our children, Your children, from harm, so that all the peoples of the world will see Your great hand in history and how the innocent are allowed to flourish, prosper, and grow old with children of their own.” 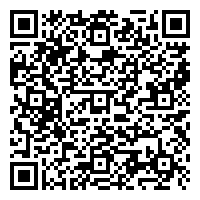