Americans are in love with anything on wheels. This is the country of the Corvette and the Hog where driving fast is considered a national birthright despite the toll in lives and pollutants. And most of the rest of us have come to accept that.

We may shake our heads at the billions wasted on gasoline, on air fresheners and dashboard ornaments that could have been used to feed the starving children of the world. But when tragedy strikes it is important for us to set aside the political rhetoric and have a serious discussion about assault vehicles.

Unlike cars, motorcycles have no practical purpose. No one commutes to work on a motorcycle. No one drives to pick up their children from soccer practice on a motorcycle. But for some people a motorcycle is a symbol of their masculinity and that symbol has become death on wheels.

Motorcycle deaths have risen sharply in the last ten years and the motorcycle industry is to blame for preventing us from addressing this horrifying epidemic of highway death.

In 1994, there were 2,320 motorcycle deaths. In 2012 that number increased to 4,500 as the assault vehicles greased their wheels with the blood of innocent men, women and children.

1 in 7 US traffic deaths is now caused by the motorcycle. Or what we should properly rename the Assault Cycle. Unfortunately movies like Easy Rider glamorize motorcycle culture and the motorcycle industry preys on the vulnerable male psyche as riders chase after some escapist fantasy of personal autonomy.

Motorcycle culture has always been associated with violence and the escalating death toll now threatens our moral standing as a country. America was once known as a nation that the rest of the world looked up to, but now whenever I visit Lichtenstein or Luxembourg for an environmental conference, one of the first questions that I am asked is when Americans will join the rest of the civilized world in restricting the manufacture and sale of assault cycles. And I can only sadly shake my head while downing another Shirley Temple.

But perhaps tragedy will serve as a wake-up call. In Fairfield, California, an off-duty California Highway Patrolman is killed in a collision with a pickup truck. In Duarte, California, former MLB pitcher Frank Pastore died of injuries resulting from a motorcycle accident.  In Florence, Kentucky, a motorcycle driver lost control of his assault vehicle and collided with a utility pole. In Tarpon Springs, Florida, a woman riding as a passenger on the back of a motorcycle fell off and was run over by a passing vehicle. These are just a few of the deaths caused by assault cycles that have taken place in the last week.

We cannot meet these awful tragedies with apathy. Only immediate unthinking action will suffice. A serious dialogue must begin in which all options are on the table. The politicians who have been in thrall to the motorcycle industry must look at these dead people that I have just mentioned and completely ignore the law and all other considerations to do whatever I want.

No one is talking about completely banning the motorcycle, except for those who are, but we must work together to reach a sensible solution. Motorcycle owners will still be able to keep and even drive their toys, but we must take action against the deadliest overpowered assault cycles with too much horsepower that have no legitimate purpose.

There is no reason for any law-abiding motorcycle owner to own one of the “superbikes” whose accident rate is 30 times higher than that of cars. These insanely overpowered assault vehicles, such as the Suzuki GSXR1000 and the Kawasaki Ninja, are literal killing machines. Although assault cycles only account for 10 percent of the motorcycles on the road, they account for 25 percent of all fatal motorcycle accidents.

200 horsepower is far too much for any legitimate street bike and it’s time that our elected officials stood up to the motorcycle industry and said no to the assault cycle.

And it cannot end there.

As pernicious as motorcycle culture is, car culture is even deadlier. Millions of children will grow up coughing and wheezing from asthma attacks because they live near a highway. And many more will die in the daily car accidents that mar our nation’s roads, bridges and tunnels.

Americans are in love with their Assault Sedans and their Murder Hatchbacks.  The U.S. had 246 million registered vehicles for just 209 million drivers in a country of 311 million. There is no better evidence of the power of car culture than the fact that some people actually own more than one car, so that they can perhaps crash their first car into a crowd, and then get into their second car and crash that it into a crowd too to maximize the death toll.

40,000 people die in car crashes a year. That’s 400,000 a decade or 4 million over a century. That is the grim ugly face of America’s macabre love affair with cars. America leads the world in car ownership, aside from Monaco, and if we are going to take a horrible place like Monaco as our role model, then I no longer want to be an American.

The children, the most innocent among us, are the real victims of America’s insane car culture.

Motor vehicle crashes are the leading cause of death for children from 2 to 14 years old. An average of 6 children die every day in car crashes… and 700 more are injured. Some of those injuries will cripple them for life.

Any decent person, even a car owner, can’t help but look at these statistics and demand immediate unthinking action of some kind. It is up to decent people like us, and even them, to join together and call for that action. It is up to us to capitalize on the deaths of these sweet innocent children for the greater good of all.

No one is talking about banning all cars. Some cars, like those that drive environmental activists to environmental conferences, are strictly necessary. But there is a big difference between legitimate and illegitimate cars.

There’s no reason for a law-abiding driver to own a car that goes faster than 35 miles per hour. Above that speed is when most fatal accidents occur and closing that speed loophole will save millions of lives. Cars that travel faster than 35 miles per hour, let’s call them assault vehicles, have no purpose except to cater to a sick car culture that values speed over the lives of innocent children. We owe it to our children to give them a better world. A world where 35 miles per hour isn’t just the speed limit in  my gated community, but throughout the entire land.

An assault vehicle ban will also be good for the environment. Many drivers will discover that they can get to work faster by riding a bike than by driving their fume-spewing murder machines.

Speaking of bicycles, there has unfortunately been a sharp rise in cyclist deaths as well. I remember many hours of joy riding my bike up and down the street as a child, and I still put in a few miles on my exercise bike when my schedule allows for it, but these innocent vehicles are being upstaged on the road by killing machines that have very little in common with my 12 inch Huffy and exist only to race and kill.

I have never understood why there must be any bikes with more than 6 speeds. The bike industry, the bike lobby and the bike culture is irresponsibly pushing multi-speed bikes that are completely unnecessary. These Assault Bicycles which have 18 speeds are murder vehicles of death.

The number of pedestrian deaths has risen sharply in 2012 and the problem may lie with what I like to call, Assault Walking, or walking too fast, not to mention Assault Running.

To all the paranoid alarmists out there, no one is talking about banning you from going on a light jog or even a brisk walk; so long as you keep it under the speed indicated on your government issued Citizen Pedometer with built-in breathalyzer. If you wish to walk faster than that, you will have to apply for a license, undergo a psychological evaluation, give up your health insurance and then wait six weeks.

America is a great country, but we can be an even greater country if we just banned everything… for the children. 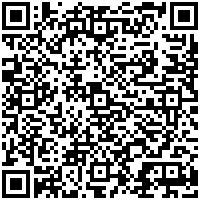