Those of us who really believe Moshe Feiglin can and will lead Israel and the Jewish Nation to liberty by becoming Prime Minister have this refrain. We always say that we’re not trying to lead the Dati Leumi, or the Religious Zionist sector. We are not a sector, we do not believe in sectors, and we try to speak to the Jewish nation qua nation and leave sectors aside. We want to lead everyone and free everyone. Not lead a sector and try to cut off a hunk of publicly funded steak and bring it home to a ravenous constituency starved for tax-funded whatevers.

But even those of us with our eye on the ball sometimes lose focus for a second and get sucked back into the “sector” that we supposedly “came from,” which in most cases is the Religious Zionist sector, the srugim, or whatever you want to call them.

We see in the polls that Naftali Bennett has totally revived the old Mafdal. He’s a new exciting guy, served in Tzahal as commander of a bunch of important stuff and did heroic things and whatnot just like Ehud Barak of the new up-and-coming then out-and-going Atzmaut (literally, “Forget Labor”) Party. He was a highly successful career man and made a skrillion dollars just like Yair Lapid of the new up-and-coming and soon to be out-and-going Yesh Lapid (literally “There is Lapid”) Party. Or was it two skrillion? I don’t remember exactly. And he can talk oh…soooo…smoothly…in perfect American English…with a perfect American accent…that’s so seductive…just like…

Mafdal, or Bayit Yehudi, or whatever you want to call it, might get a bunch of seats. Maybe 10. Maybe 15. Maybe 20. It doesn’t make the least bit of difference. Why? Because Naftali Bennett is nothing but a new Netanyahu with a kippah on. He has no conviction about anything but he can talk as if he almost does. For example, he can say contradictory things like, “A soldier should never have to choose between expelling a human being from his home and disobeying orders,” and then end it with, “A soldier should never disobey orders under any circumstances,” and state both mutually contradictory statements together with the same conviction, thereby effectively saying absolutely nothing, but making people think he has.

And then, as if he didn’t contradict himself at all, he’ll go on in the very next sentence and challenge his twin, Benjamin Netanyahu, to state publicly if he plans on expelling people from their homes again or not, as if trying to fork another politician will take the attention away from the fact that he’s trying to have his cake and eat it too as well. Well, Bennett, my little Bibi with a Kippah, if he does, what will you do? All you’ve told us is you hope it won’t happen. But what will you do? Support private property or support immoral orders?

Bennett’s long term plan is genius. Get this: He wants to wait for the Arabs to “calm down”. Of course this isn’t what Israel has already been doing since Oslo. Inspiring. That’s it! They have to “calm down”! Why didn’t we think of this before! When I think of Jewish History and our job on this planet and the reason we came back to Israel after millenia of exile, I think of Arabs “calming down,” and when I picture calm Arabs, I get this kind of religious messianic zeal. Thanks Bennett. You have a very nice kippah and a cool buzz cut.

And his slogan: “Something new is beginning.” Yes, something new indeed. Bibi now has a kippah. That’s new. And the new Bibi  says right wing sounding rhetoric without committing to any actual positions and wants to wait things out until the Arabs “calm down”. New Indeed.

Now, back to why it makes absolutely no difference how many seats the Mafdal gets. It doesn’t matter because the only interesting thing that is going to come out of this Knesset will be the Knesset speeches and Knesset actions of Moshe Feiglin from within the Likud slate. He’s going to be in the Knesset. Nothing can stop that. Likud isn’t going down to 20 seats under any circumstances. From that podium, from that pulpit, Feiglin will speak about liberty and Jewish values and Jewish leadership. And the Jewish Nation will listen. And he’ll say actual things that don’t contradict themselves. And when Netanyahu tries to do something stupid, he will fight tooth and nail and probably get sanctioned in some way or another, and he won’t be invited into Bibi’s little circle, and if he is named as a Minister he may get fired, and if he doesn’t get fired and Bibi tries to expel someone from their home, he’ll resign, and it’ll be great. 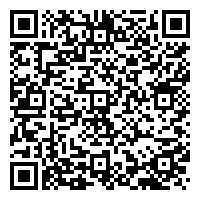