The last election has brought on essays bemoaning the conservative disconnect from popular culture and the need to somehow reconnect with it. The means of this reconnection are hardly ever stated, though there is the implication that conservatives would need to “evolve” on certain social issues in the hopes that its economic viewpoint will be taken seriously by a population whose social way of life doom it to be dependent on government support.

As plans go, this one is nearly as clever as trying to promote weight loss by opening a cake shop. And it ignores the obvious reality that the only way that conservatives will be allowed to participate in popular culture is as the butt of a joke. Whether it’s Sarah Palin’s appearance on Saturday Night Live or Rush Limbaugh’s Family Guy appearance, trying to be a good sport about liberal culture is the strategy of a good loser playing into the prepared stereotype, rather than destroying it.

The culture is polarized. That means there is no place for conservatives in it except by playing the villain’s part, and the villain’s part, whether played with good humor or reluctantly, is not the winning part. But it’s also a mistake to call it the culture, when what we really mean is the culture created and perpetuated by a small number of corporations, their affiliated creatives and their affiliated press.

Take Girls, an HBO series that is one part nepotism and nine parts artificially generated corporate trend, that was recently the subject of several essays insisting that we take it seriously because it is “the culture”. How big of a slice of the culture is Girls? It’s on HBO, which means it has limited viewership and unlimited publicity. HBO exists to promote the illusion, not so much of quality, but of relevance. And Girls is a triumph of fake relevance. It is the show that you must consider relevant, because well… it’s relevant. Isn’t it?

The Girls Season 2 premiere scored 866,000 viewers. After multiple airings it made it up to 1.6 million. It wasn’t exactly a case of the entire country tuning in. Nor its entire female population or even its entire population of women in their twenties. And since HBO only exists as a desperate effort by the dying cable industry to hang on to its subscribers, its episodes are not available on iTunes, Hulu Plus or any of the other concessions to the age of internet broadcast entertainment.

Girls is doubtlessly relevant to the daughters of wealthy urban liberal families who find themselves with too much money and too little common sense. And it’s probably not even relevant to them since its larger audience share is with men over 50 and its median viewer age is 43. Is it relevant to the culture as a whole? Not really. And its perceived importance highlights the disconnect between the Low Culture of the free TV sitcom and the High Culture of the cable indie drama. Both may have a leftie agenda, but one exists to be consumed by overeducated professionals, many of whom also work in media, in the major cities, while the other is mass culture entertainment.

Trying to tackle, adapt to or duplicate leftie High Culture is a senseless and useless task in every sense of the word. Their only relevance comes from their trickle down effect into mass culture. It’s mass culture that is relevant, but though that Low Culture is mass consumed, it’s still created by the same sort of people who create the High Culture and packed with many of the same agendas.

Girls is not America. No television show is. But the closest to America may be American Idol or Sunday Night Football, which dominate the ratings and reflect the culture far more than it ever will. That’s not something to celebrate either. Not when you consider that most entertainment emerges out of the bowels of a cultural and corporate establishment well to the left of the country at large. And unlike Girls, much of what it spews forth does slowly push the country to the left. But that also shows why trying to run alongside it in the hopes of staying relevant is a dead end. Not unless the goal is to go on being the villains, comic relief or otherwise. 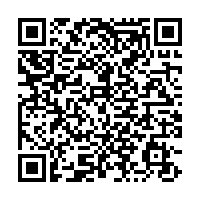