As a songwriter I want to congratulate the new president of Israel on behalf of all true lovers of Eretz Yisrael with the words “a new morning has come” (based on the title song of Bob Dylan’s 1970 album “New Morning”).

Presidential elections in Israel are decided by a Knesset vote. When no candidate managed to garner the required 61 votes in the first round of voting last week, the top two vote-getters, Reuven “Ruby” Rivlin and Moshe Sheetrit, faced off in a second round.


The leftists were already dancing in the Knesset hallways.They figured the Shas Party would prefer Sheetrit, a fellow Sephardi, and the center-left parties would give their votes to the left-leaning Sheetrit.

I, too, was sure Rivlin would lose, so the final result came as quite a shock: Rivlin 63, Sheetrit 53.

Who is Ruby Rivlin? I first met him in 1988, just after he became a Likud Knesset member. A violent Arab intifada was raging at the time, and Rivlin backed the tough stance of Prime Minister Yitzhak Shamir, who declared “There is simply no room for two states in such a small area.”

But Shamir was a “Let It Be” man who, while putting down the first Arab intifada, created no new facts on the ground.

During that time I was doing a one-hour radio program with talk-show icon-Barry Farber on WMCA in New York. Our guest one night, shortly after his election to the Knesset, was Ruby Rivlin. He told us he was a 14th-generation Jerusalemite descended from students of the Vilna Gaon who immigrated to Eretz Yisrael and formed the shtreimel-wearing Yerushalmi community.

I remember how good I felt sitting next to him. I could really feel his love for the land, especially Jerusalem, and his happy connection to the spirit of Judaism, though he didn’t appear particularly observant to me. I’ll never forget how much I liked and respected him, and to this day he has never let me down.

Years later, as a minister in Sharon’s government, he was an outspoken opponent of the “disengagement” from Gush Katif; and as Knesset Speaker he advocated the teaching of Talmud in public schools to keep the younger generation of Israelis connected to Yiddishkeit.

In musical terms I find him to be a “Lu Yehi” man – in Hebrew, a “May It Be” man, meaning “if only my aspirations could come true.”

The song “Lu Yehi,” written by Naomi Shemer, became an anthem of consolation in the fall and winter of 1973 for the thousands of children who’d lost their fathers during the Yom Kippur war (which claimed more than 2,000 Israeli soldiers).

But while the phrase “Let It Be” implies doing nothing, “Lu Yehi” implies working toward a goal.

Benjamin Netanyahu has been a “Let It Be” man since he returned to the Prime Minister’s Office in 2009. The term “Let It Be” is equivalent to the Talmudic term “shev ve’al ta’aseh.” When the sages are not sure of a decision, the ruling is: Let’s sit and wait for Elijah the Prophet to arrive to tell us what to do.

Former National Union MK Yaakov Katz, “Katzeleh,” told me years ago, “You’ll see, Dov, Netanyahu is all talk but will do nothing.”

Katzeleh’s words have proven to be true. Netanyahu, giving in to American pressure, stopped all building in what the world terms the “occupied territories” for ten months. His doing nothing became a victory for him, as it caused PA President Mahmoud Abbas to become even more uncompromising and demanding, which left the peace talks in limbo. And so Netanyahu was encouraged to continue with his “all talk, do nothing” approach. 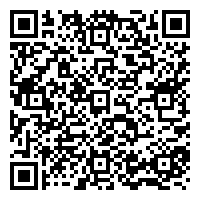