Hundreds of prominent rabbinic figures have lived in the intervening 800 years since Maimonides died. But how many can be named before an audience of Jews from the United States, Israel, France or the former Soviet Union – the four largest Jewish communities in the world today – and be so widely recognized, without the speaker needing to add several sentences explaining who the person was?


The Rebbe died 20 years ago this month, but he remains to this day known to Jews of all denominations. And beyond. Visitors to Morocco have long reported seeing two pictures hanging in Moroccan Jewish homes, one of the Moroccan king and one of the Rebbe. Just a few days ago, I saw a picture of the Rebbe in my local barbershop; the owner is from Uzbekistan.

But, of course, the Rebbe’s significance goes well beyond his name being widely known and his face being widely recognized. What matters far more is the influence he continues to exert.

Several factors in particular account for the Rebbe’s extraordinary impact: first, his innovative ideas on how to reach Jews (and later non-Jews as well), along with the army of emissaries he nurtured to carry out his ideas and his vision, eventually in well over a thousand cities.

In addition to his innovative campaigns to reach out both to communities and to individuals (such as through the tefillin campaign and the Shabbat candle-lighting campaign), perhaps the foremost idea the Rebbe preached was the love of every Jew. This idea may sound neither innovative nor revolutionary. After all, “Love your neighbor as yourself” – the basis of the Golden Rule – is the Torah’s most famous verse (Leviticus 19:18), and two of Judaism’s best-known rabbis, Hillel and Akiva, regarded it as Judaism’s most fundamental law.

With such emphasis on the centrality of love of neighbor, it would seem that interpersonal love was always a uniformly treasured and practiced part of Judaism. Only it wasn’t. The Talmud attributes the first-century Roman destruction of Judea and the Temple in Jerusalem, perhaps the greatest catastrophe in Jewish life prior to the Holocaust, to sinat chinam, causeless hatred, inside the Jewish community – a hatred that made it impossible for the Jews to unify and fight as one force against their Roman oppressors. Internal conflicts, often serious, have long characterized Jewish communal life.

The Rebbe intuited that while all Jews are familiar with the commandment “Love your neighbor as yourself,” it seems that virtually everyone, even some otherwise very great figures, have reasons and rationales to justify why it doesn’t apply to those with whom they disagree.

The Rebbe therefore modeled a new pattern, one of non-judgmental love for all Jews. Some critics of Chabad suspected that this was a tactic intended to augment financial support for the movement or to stimulate goodwill for Chabad. But they were wrong. This love represented what the Rebbe really felt.

Former Israeli chief rabbi Israel Meir Lau has recalled a meeting he had as a young man with the Rebbe. Rabbi Lau proudly explained his involvement in kiruv rechokim, bringing back to Judaism lost Jews who had strayed far away. The Rebbe immediately corrected this inherently judgmental language: “We cannot label anyone as being ‘far.’ Who are we to determine who is far and who is near? They are all close to God.”

The belief in the brotherhood of all Jews, not just those who live like you, led to another remarkable innovation: the Rebbe’s willingness to send his followers out into the world. For the first time in Jewish history, a campaign was launched to reach every Jewish community and every Jew. 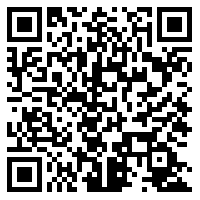