You know, it’s amazing. Here we stand before the Heavenly Judge, asking for a year of health for our families and for the nation plus everything else good. That’s what judgment day is for all of us.

The unique text of the liturgy for the High Holy Days begins with the daily Ata Kadosh – You are holy…and “holy ones [that’s us] praise you daily.”


Then, after asking Hashem to put His fear into all His creations, we ask Him to honor us – every one of us, His entire nation – from those who are deserving to pray by the Eastern wall of the synagogue to those who come to services with their neatly folded white yarmulkes that had been in the drawer since last Yom Kippur to those who are eating a hamburger on the Haifa beach.

“Give honor to your entire nation.” The word for nation, “am,” implies every single Jew.

Then we ask for tehillah for those who fear Him. Tehillah is the “power to pray,” which is therefore on an even higher level than tefillah, the simple prayer text. In other words, a Jew’s level of kavanah is more important than a mere outward expression of words. Every Jew, we declare, is deserving of God’s honor. I didn’t make up these words. This is in the liturgy prepared for us by our sages.

Why did this thought come to me this year? I think Hashem in a sense rewarded my decision to put a cover on my latest music album (titled “Charming Nation”) that was a conglomeration of Jewish faces standing at the foot of Mount Sinai for the receiving of the Ten Commandments.

Included were the faces of great tzaddikim past and present, and also Herzl, Einstein, Bob Dylan, Sandy Koufax and even leftist former minister Yosi Sarid, who once called me a rasha on radio and television and demanded that I be put on trial for something I’d said on Arutz Sheva radio.

I knew a cover picture that controversial would cost me the chance for the album to achieve any significant sales, so I never bothered distributing it to the stores.

But I didn’t care. Because I know the soul of every Jew was at the mountain.

It was from my renowned rosh hayeshiva Rabbi Shlomo Freifeld, zt”l, that I heard for the first time that the word in Hebrew for an “assembly of people” is tzibor, and its letters allude to our entire nation: The letter tzaddik stands for our righteous; the bet stands for the average people (in Hebrew, benonim) and the vav and resh hint at “and the rishayim,” the wicked.

I understood it immediately: If one little cog is missing, the whole machine is out of commission.

Take the Jew eating that hamburger on Haifa beach on Yom Kippur. Guess what? He was an Israeli soldier on a one-day leave from risking his life daily guarding the northern border.

Our prime minister, Benjamin Netanyahu, was God’s cog in our machine as he stood at the United Nations warning of the danger to the world if Iran were to become a nuclear power.

I had wished him a happy new year with an ad in the Jerusalem Post asking him to watch my clip on YouTube titled, “We will Never Again be Uprooted” – and sure enough, at the onset of his speech, he declared, “The Jewish people have come home. We will never be uprooted again.” So little Dov Shurin was the cog that inspired that line in Netanyahu’s important speech.

With the transgressors – because we are all part of that great machine known as Am Yisrael. And it is God who gives us our opening to pray to Him like sons to a father. 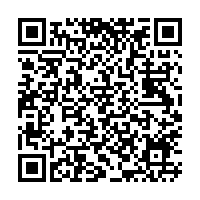