This week’s upcoming portion of the Torah reading in Parshat Ki Tezte is replete with profound concepts that warrant careful analysis. The Torah instructs us how to conduct ourselves during “permissive wars” and presents us with issues of sublimation and containment of man’s darkest drives during battle, with the difficult concept of Isha Y’fat Toar (the beautiful captive). There are lessons on justice to ensure protection of the weak and vulnerable. And the parsha concludes with lessons pertaining to the greatest evil, as realized in Amalek.

Once upon a time, when the Jewish people had no cognizance that total corruption of a people was possible, we were rendered even more vulnerable to Amalek’s sneak-attack. It would not be our last encounter, but the first encounter defined Amalek as apex predators of Am Yisrael, and it crystalized their unrelenting hatred for the G-d of Israel and the Jewish people.


And we were bidden never to forget their enmity, because they arise in every generation.

“Remember what Amalek did to you on your journey, after you left Egypt—how, undeterred by fear of G-d, he surprised you on the march, when you were famished and weary, and cut down all the stragglers in the rear. Therefore, when the L-rd your G-d grants you safety from all you enemies around you, in the land that the L-rd your G-d is giving you as a hereditary portions, you shall blot out the memory of Amalek from under Heaven. Do not forget!” (Deuteronomy 25: 17-19) (JPS Hebrew English Tanakh)

And so I cannot ignore the opportunity to revisit our encounter with Amalek as described at the conclusion of the parsha. Because Amalek is not a relic or a distant memory, as so many Jews would have it. Amalek is not some antiquated notion reflecting on a long gone brutal enemy. Amalek exists today, because as stated in the Torah and explained by chazal, Amalek exists in every generation. The pressing question is evident. So who is Amalek?

In the notes of his famous essay “Kol Dodi Dofek” Rav Yosef Soloveitchik (of blessed memory) explained the true lesson on Amalek’s ideological make-up as taught to him by his father: “But-where is? I once heard the following from my father and master [R. Moses Soloveitchik} of blessed memory, namely, that any nation that conspires to destroy Keneset Israel becomes, according to Halacha, Amalek.” (Fate and Destiny, notes. Pg. 94. Ktav Press.)

“Amalek is obviously more than a Bedouin tribe. He is more than a particular group, nationality or people. He is Everyman gone berserk, who has shed his Divine image for that of Satan. Any nation which declares that its policy is to destroy the Jewish people is Amalek, for it has emblazoned on its banner the slogan of impassioned hatred: “Come let us destroy them as a nation, that the name Israel may no more be remembered.” (Reflections of the Rav, Abraham Besdin, page 180.)

The Rav’s teaching provide a proper perspective on Amalek, which eliminates the nonsensical notion that since the “genetic” Amalek people is gone, then the concept is gone as well. Basic Judaism refutes this. We are reminded time and time again about Amalek resurfacing in every generation. King Saul’s failure to heed the prophet Samuel’s explicit instruction, allowed the ideology to live on, even if the majority of “genealogical Amalek” was destroyed. Amalek isn’t a particular nation anymore, but a poisonous doctrine that any nation on earth can adopt. Only those that fully articulate their Jew hatred attain this unique level of evil, whether the proponent of this poison wears a cross, a crooked cross, or a kefiya. So the British in Pre-State Israel may have been exceedingly cruel and wicked (and they were!), but they didn’t reach the pinnacle of evil as expressed by the Nazis, yemach sh’mam. It is not a coincidence that Arabs/Muslims eagerly inherited the filth of Nazi propaganda, and they regard the former with the same regard they hold the Koran. The Koran and the hadiths are replete with vile Jew hatred which resonates with Muslims today with the same verve as it did one thousand years ago:

“The Hour will not be established until you fight with the Jews, and the stone behind which a Jew will be hiding will say. O Muslim! There is a Jew hiding behind me, so kill him.”- Bukhari (52:177); Hadith (Website: The Religion of Peace)

“I will instill terror in the hearts of the infidels, strike off their heads then, and strike off from them every fingertip.”- (Koran, Sura 8:12)

Not that long ago, Arab “moderates” openly shared similar traditional sentiments before they grew wise and learned to mask their beliefs in their later years:

“Kill the Jews wherever you find them. Kill them with your hands, with your nails, and with your teeth.” King Hussein of Jordan, 1967

“The most splendid thing the prophet Muhammed did was to drive them out of the whole Arabian Peninsula.” -(Egyptian President Anwar Sadat, 1972)

And then of course, there are the honest ones:

“There will be a war of extermination and a momentous massacre which will be spoken of like the Mongolian massacres and the crusades!” – Arab League Secretary General, Azzam Pasha, 1948

“I announce from here, on behalf of the United Arab Republic People, that this time we will exterminate Israel.” – President Gamal Nasser (Egypt), 1959

Yet too many Jews refuse to see the enemy. Leftists constantly seek out the next ideal opportunity to resurrect and expand on Oslo. A constant search for “moderates” in reality is a sprint to the graveyard. The pragmatic respectable “right-wingers” often maintain a mythos that most Israeli-Arabs are peaceful and that we can exist if we could only identify the supposed normal Arabs. There are even groups of religious “right-wingers”, those peculiar advocates of the new “alternative peace movements” who blame western colonialism for our failure to achieve peace with the Arabs. Unbelievably, they also blame us Jews for bringing this hatred upon themselves by “acting white” and neglecting our “indigenous self-expression.” Some of them believe that if we would only deal with our “indigenous Arab” partners (as they would have it) peace would be achieved.

They understand nothing at all. Humanizing evil guarantees the murder of Jews. It has nothing to do with “indigenous identity.” The Arabs loath the True Almighty, (not their blood-swilling Allah) and wish to usurp the identity of the Chosen People. As such, they maintain that our sacred Torah as passed down from Moshe Rabenu is a false corrupted text! (This explain Rambam’s position that it is forbidden to discuss or cite Tanach to Muslims, since they reject it as false.) “Itbach El Yahud,” the age-old bloodcurdling Arab cry to murder Jews (not Zionists!) has nothing to do with an unwillingness of Jews to act “Semitic.” It has to do with the most ancient hatred of all, the psychopathic hatred of Jews as expressed by Amalek. And the Arabs are nursed on this poison.

Differences aside, groups such as “LAVI” and “Peace Now” share a delusion from different ends of the spectrum. The delusion that we have normal neighbors. Yet neither group understands evil. We cannot coexist with Amalek. The Torah’s lesson is that collective punishment is the only answer for the Am Lak; a people whose desire to lap up Jewish blood mirrors a thirsty man’s need for water. Amalek represents those who cannot engage in repentance because their evil is total; both in the intensity of its expression and its pervasiveness in the society. Only a blind man fails to see the total corruption of the Arab/Islamic world, where toddlers are nursed from the womb on the joys of “martyrdom” and jihad! Amalek ideology creates human ghouls who crave blood. True to form, the modern day Amalek targets and slaughters women and children, even nursing babies. And the stragglers are the first to go.

And who are these ‘stragglers’? There are of course the literal stragglers–Children and babies, and women, and vulnerable people who make the foolish decision to hitchhike on a dark and lonely road. There are other types of stragglers, whose weakness manifests itself by a weakness of faith. Perhaps the advocates of LAVI represent another manifestation of victim. Those who are so cowed by Arab terror that they pursue the most ridiculous of fantasies. The belief in our ability to live with predators and still retain the land the Arabs believe we stole from them.

And what of religious Jews who forge halachically prohibited alliances with evangelicals and missionaries, because they seek a friend against a vicious foe? These are also stragglers of a sort. Frightened types who have little faith in G-d, and who foolishly open the gate to the panther, because they fear the ravenous wolves. They are all stragglers, and their weakness perpetuates weakness of one form or another. Lack of faith in G-d, on the altar of political pragmatism.

In every generation, Amalek wars with Am Yisroel. Amalek are not ‘Morlocks’ dwelling beneath the ground, or some sort of desert weasel residing beneath the Gobi Desert. We cannot coexist with genocidal psychopaths. Hence the biblical injunction to pre-empt their genocidal plans for us. Who carries the banner of Amalek today? Clearly it is the Arab and Islamic world. If it is not them, then who? The Sikhs? The Shakers? Those ever troublesome Amish?

As we recall the tragic anniversary of 9/11 when Islam showed the entire world what we are dealing with, we should recall the terrible images of those burning towers crumbling to the ground as a mass tomb. We should burn those mind-numbing memories of people leaping to their deaths from the heavens out of fear, disorientation, or to escape a slow fiery death. They are all terrible exhibits of an ugly truth, as is every act of barbarism exhibited by these savages. Every video-taped burning, every crucifixion, every honor-killing, every burning, and every maiming, is a terrifying lesson. Every stoning, every crude beheading with a scimitar, every primitive face-lift with piano wire. All meant to show us who we are dealing with.

Amalek is in our midst. Billions of Amalekites world-wide, and too damn many in our own tiny country. Heed the lesson of Amalek, or heed the folly of Saul who thought he knew better, and set the stage for Amalek’s eternal war with us. And to all intelligent gentiles in America, heed the warning as well. A President Hillary Clinton (may G-d help us!) will bring a million Amalekites into the U.S. before you can bat an eyelash. It is time for decent people to define evil without qualifiers, and demand that strong leadership slams the door shut on these barbarians wherever they may be. And when it comes to warfare, think of what they do to each other.

There are no moderate Amalekites. 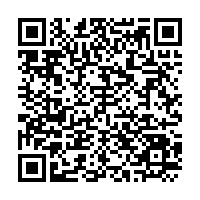