Lucy Aharish, an Israeli-Arab news presenter, reporter, and television host, on Wednesday launched a sharp attack on MK Basel Ghattas (Joint Arab List), who maligned the ailing former president Shimon Peres, even as the latter was fighting for his life at the Sheba Medical Center near Tel Aviv.

Aharish, who has a regular editorial segment on Israel’s Channel 2, titled “Talk of the Day,” told her viewers, “I’ve met President Peres several times in my life. The first was when I was invited to the President’s residence together with my mother on International Women’s Day; the second was in an interview I conducted with him as part of my work; and the last time was when I interviewed him in London in an evening in his honor. That evening, I saw the president on stage for half an hour, in front of about a thousand people who were hanging on his words of wisdom and enlightenment.”


How different have those experiences been, Aharish said, “from the words of slander, hatred and hostility that were written by MK Ghattas.” She advised the Arab MK to fill his mouth with water (a polite way of saying “shut up”), especially in light of the fact that he hasn’t done for Israeli Arabs one eighth of what Peres has done, including for those who didn’t vote for him.

“You don’t represent me,” Aharish told Ghattas, “nor the hundreds of Arab children who are taking part in coexistence projects sponsored by Shimon Peres, while you are busy spreading hatred, incitement and distance between nations.”

“Peres is covered from head to toe in our blood, and so we don’t hasten to contribute to the collective tribal festival of grief and loss,” MK Ghattas posted on his Facebook page. Aharish responded: “What can I really expect from a freeloader who gets his pay off our taxes, yes, yes, my taxes, too, and does nothing more than cause even more hate towards Arabs.”

Aharish called on Ghattas to apologize not just to Shimon Peres and his family, but also to Israeli Arabs, who had all been “blackened” by his “devious words.”

In April 2015, Aharish was one of twelve Israelis chosen to light torches in the official ceremony kicking off Israel’s 67th Independence Day celebrations. MK Ghattas attacked her, saying her lighting the torch does not symbolize coexistence but rather the success of the winning side to “integrate the loss so deeply in their victim until she shows her appreciation to the oppressor and his victory.” 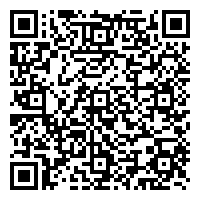