At least 93 people have died in heavy fighting in southern Syria, the British-Based Syrian Observatory for Human Rights reports. Syrian troops loyal to Bashar Assad fought alongside the Lebanese terrorist group Hezbollah against Syrian rebels, with roughly equal casualties on each side.

The fighting took place south of Damascus and in the Deraa and Quneitra regions. Quneitra is close to the Israeli-Syrian border in the Golan.


In recent months the Golan has been hit by mortars and gunfire from Syria on several occasions. Two weeks ago an attack from Syria killed two IDF soldiers and destroyed a civilian home.

The latest round of violence is part of a large-scale assault launched by Assad’s troops and Hezbollah in southern Syria. The assault is expected to heat up in the upcoming hours and days as the weather clears, allowing for the use of airstrikes.

The south is the rebels’ last stronghold. Hezbollah has control of much of western Syria, while northern and eastern Syria have fallen to the Islamic State (Da’esh) and the Al-Nusra Front.

The Syrian Observatory for Human Rights reported Saturday that Syrian rebels have turned to Israel for help. They are asking for Israeli air support in the fight against Hezbollah and Iran.

Israel has not confirmed or denied involvement in several airstrikes against Hezbollah positions and weapons in Syria. 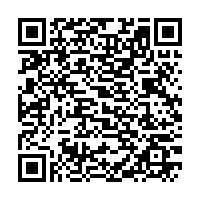