It’s a well-known cliché that Jerusalem is “holy to the three main religions.” Where did this cliché come from? The answer is simple: The city was holy to the Jews, and so it was inevitable that the rest of the world would ultimately jump on the bandwagon.

It’s hardly the only time the world has followed our lead. Remember the golden rules of “Love your neighbor as yourself” and “Don’t do to others what you don’t want done to you”? They are universal principles, but they started off in Judaism! (see Vayikra 19:18 and Shabbat 31a, respectively).

The same can be said about a weekly day of rest and monotheism. They were brought into the world by Judaism and Torah, only to be subsequently adopted by much of the rest of the world.

The holiness of Jerusalem is no different. Jerusalem is the original “place chosen by G-d” and the seat of the first national Jewish government; it was the site of the Holy of Holies and the object of Jewish longing for millennia. Is it any wonder that the rest of the world ended up “discovering” Jerusalem’s inherent holiness for themselves?

In the case of Jerusalem, however, the Muslims have gone one step further than they have regarding other items whose origin lies in Judaism. They maintain, not only that Jerusalem is their third-holiest site which they will never abandon, but that it has no sanctity or historic significance for Jews! Talk about chutzpah! The sole reason it is holy to Muslims is because it was holy to Jews, but they now deny that very origin!

Amazingly, Jerusalem’s Arabic name belies their claim. Its name is Al-Kuds, based on the word Mikdash – referencing the Jewish Holy Temple of Jerusalem!

We, and the entire world, must not be fooled. Historically, Muslim ties to Jerusalem have always been based on little more than political expediency disguised as religious fervor. Currently, we are experiencing a fourth wave of Muslim aggrandizement of Jerusalem – at our expense – for its own political purposes.

Islam first artificially enhanced Jerusalem during Muhammad’s own lifetime. In a barefaced attempt to win over the Jews living near his hometown of Medina, Muhammad announced that prayers would be directed towards Jerusalem. However, when he saw that the Jews weren’t interested in his advances, he turned violent and slaughtered them – and subsequently directed that all prayers be said towards Mecca.

Muhammad completely abandoned Jerusalem, says Arab expert Dr. Mordechai Kedar. Not only did he not mention the city in the Koran, but later, when Muslims conquered the Holy Land, they totally ignored Jerusalem and established their capital in Ramle!

Some decades after Muhammed’s death, Islam again felt the political need to aggrandize Jerusalem. Caliph Abdel Malik, who reigned among Umayyad Muslims from 684 to 705, was caught off guard when Mecca and Medina were captured by a rival Muslim leader – and so he came up with the idea of renewing Jerusalem as a “top holy city.”

He built the Dome of the Rock, imitating impressive Christian churches in the city, precisely on the site of the Beit HaMikdash. Thus, possibly the most-recognized Muslim symbol around the world came about as a result of internal Muslim politics. Once Jerusalem was no longer needed to buttress the Muslim leaders, its importance to Islam waned.

The third Muslim infatuation with Jerusalem occurred during the 12th-century. Muslim leader Salah a-Din needed to inflame his warriors against the Christian Crusaders, and – so once again – Jerusalem briefly became the focus of jihad and religious longing. Interestingly, the Arabic inscriptions that so impressively adorn the Dome of the Rock, written by Salah a-Din and other Islamic conquerors, make no mention of Jerusalem per se but only of the triumphant refurbishing of the dome.

For centuries thereafter, Jerusalem remained far in the background for the Muslim world, which focused instead on Mecca and Medina as its holy cities.

Today, once again, though, the Muslims have taken to claiming Jerusalem as a pinnacle of their religious aspirations – and their political interest this time is simply to rid the Middle East of Israel.

When the PLO was founded in 1964, its original charter did not even mention Jerusalem. Yet now, Hamas and Fatah spokesmen highlight the city’s “sanctity” and deny that our Beit HaMikdash ever stood there – despite abundant, really irrefutable, historical evidence to the contrary.

Hamas’s charter states that its goal to destroy Israel is nourished by “religious” zeal, which must constantly be fanned and encouraged in order to attain its ultimate political goal. The introduction states, “Israel will rise and will remain erect until Islam eliminates it as it had eliminated its predecessors.” Article 15 reads as follows:

“It is necessary to establish in the minds of all Muslim generations that the Palestinian issue is a religious issue, and that it must be dealt with as such, for [Palestine] contains Islamic holy places, [namely] the Al-Aqsa mosque, which is inseparably connected…to the holy mosque of Mecca through the Prophet’s nocturnal journey and through his ascension to heaven thence.”

The international community should relate to Palestinians’ claims to Jerusalem as nothing more than the desire to do away with Israel. As Dr. Kedar wrote several years ago: Should UN forces be sent to the Middle East just because [the PLO] has decided to recycle the political problems of the Umayyads 1,250 years after the curtain came down on their role in history?

Nothing can justify forcing the Jewish people “sharing” sovereignty over its holy city with an opportunistic usurper, no matter how many times the latter seeks to appropriate the city’s inherent holiness.

To advocate for keeping Jerusalem united under Israeli sovereignty, visit the holy city and e-mail info@keepjerusalem.org to find out about KeepJerusalem’s bus tours in news-making areas of the capital. 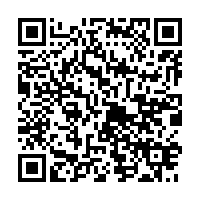