Here’s a new statistic, one that will gladden some and alarm others: The number of Jerusalem Arab students in Hebrew University this year has practically doubled. True, we’re not talking about large numbers in terms of the total number of students in the university, but 420 Arabs are registered this year compared to 220 the year before, which means that the Arab population is feeling increasingly more at home in Israeli society.

The Jerusalem Arab population has also increased at the Azrieli College of Engineering, the David Yellin College of Education, and Hadassah College.


For those of us who are looking forward to, and working diligently for, a united Jerusalem under Israeli sovereignty, what exactly does all this mean? Is it good news or bad news?

Many would argue that in many ways, it is a positive development. Arabs are receiving a better education, which means they will hopefully respect democratic and humanistic values and denounce violence in their communities. It also means that they will likely do better economically and thus be able to better contribute to Israeli society.

On the other hand, this increased enrollment reflects a disturbing demographic trend: the Arab percentage of Jerusalem is increasing. Right now, Arabs comprise about 40 percent of Jerusalem’s population. At this rate, they may actually become the majority, which will have serious ramifications in terms of municipal political control, the infiltration of hostile elements in managing the city, assimilation, and more.

Some believe Jerusalem must be divided between the Arabs and the Jews – that the two sides can never live together. But given the increasing number of Arab students in Jerusalem colleges, it appears that this Jewish-Arab divide is not quite as sharp as people imagine it to be. Arabs are speaking Hebrew better and beginning to take their place in Israeli society. And as more Arabs find their place in Jewish Jerusalem, the prospect of the city’s division becomes more distant.

Of course, greater integration of Arabs in Israeli society poses demographic, sociological, and religious dangers. Do the advantages outweigh the dangers? We invite feedback from our readers on this question. (Please e-mail us at info@keepjerusalem.com.)

In the meantime, it is abundantly clear that we must find ways to significantly increase the Jewish majority in the Holy City. The Jewish majority in Jerusalem has shrunk for many reasons, the most important one possibly being illegal Arab construction, which leads, among other things, to cheap Arab housing costs and expensive Jewish housing.

Illegal Arab buildings encroach upon adjacent Jewish neighborhoods and prevent them from expanding. Add this to poor employment opportunities and high housing costs, and you have several thousand more Jews leaving the city each year than moving in.

The city is trying to address this problem, but the troubling fact is that over the past 30 years, the Jewish majority in the city has decreased by a staggering 12 percent – from 72 percent in 1990 to 60 percent in 2019.

The straightforward solution, as outlined in the Jerusalem Shield program, involves stemming the tide of emigration from the city, as well as reclassifying Arab neighborhoods located on the other side of the security barrier as non-Jerusalem neighborhoods (which would instantly eliminate 140,000 Arabs from Jerusalem’s population). We would also strongly recommend the implementation of an already-approved government decision to build another bedroom suburb to Jerusalem, which would add about 120,000 Jews to Jerusalem’s population in administrative terms. In addition, aliyah to Israel must be prioritized.

Finally, more affordable apartments are needed! None of the other solutions can “ensure a renewed growth of the Jewish majority if the added Jewish population has nowhere to live.” So states longtime Jerusalem expert Nadav Shragai.

Dozens of government proposals intended to strengthen Jerusalem have remained on paper, in whole or in part. A recent decision to raise municipal tax rates on empty apartments will lead to thousands of new apartments being available on the market, but keep in mind that at least 2,000 new apartments are needed each year, above and beyond those under construction.

So, yes, Yerushalayim is becoming a more “open” city, but that means we need to significantly increase and expand the Jewish presence in it. Only a strong Jewish majority will ensure and secure Jerusalem for generations to come and enable us to continue to advance toward the Jerusalem envisioned by our prophets:

“Jerusalem shall be inhabited like unwalled towns, for the multitude of men and cattle therein… The Lord shall grant Judah his inheritance in the Holy Land, and He shall again choose Jerusalem” (Zechariah 2). 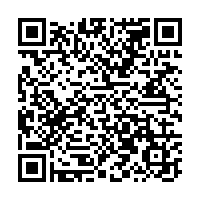