A committee appointed by IDF Chief of Staff Aviv Kochavi to examine the scandal of forged Haredi recruitment data recently examined a recording of a junior officer who said he had been ordered to forge the number of Haredim that had been recruited, and added that he obeyed his superiors, Reshet Bet radio reported on Friday.

A December 4 Reshet Bet reports revealed that for years, the IDF deliberately forged and increased by hundreds of percentage points the number of Haredi recruits. Military officials lied to all the government agencies, lied to the Knesset Foreign Affairs and Defense Committee, to the Chief of Staff and to the Defense Minister, in order to meet what appear to have been impossible recruitment objectives. Indeed, according to the report, the real recruitment figures have been doubled and even tripled each year, over the past decade.

The committee has acquired evidence that military officials knew about the gaps for the past six months but did not report them.

A recently discharged Haredi soldier told Kan 11 News about questionable procedures and criteria in recruitment practices. He claimed he had been recruited into the army by a Haredi soldier who told him he was getting money for every recruit he was bringing in. He added that he, too, had been offered to serve in the army as a recruiter of Haredim and refused.

“I came to the recruiting office on my own initiative and declared that I wanted to enlist,” the soldier told Kan 11. “The recruiting soldier was really enthusiastic that I had come to him personally, and asked for my details. It sounded weird to me, so I called him and we talked, and he confessed that he was getting money for any Haredi who enlisted through him. Like a head hunting company. A regular soldier in uniform.”

The discharged soldier added: “I spoke to one person who is higher up in Haredi recruiting. He offered me cash money if I recruited friends or people from the Haredi community.”

The same witness told Kan 11, “In fact, in the entire army, there are people who are soldiers, some of them married Haredim, who are dressed in Haredi plainclothes, not uniforms at all, and their whole job is to go around the community to enlist dropout youths, for which, of course, they get thousands of shekels.”

Military officials have stressed that the review committee is continuing its work and examining the data. The examination is still underway, and at the end of the work the findings will be presented in a transparent and orderly manner.

According to the early December Reshet Bet report, Lt. Col. Hazan was then asked to increase those numbers, or “round them up” to match the fake 2017 official figure of 3,070 Haredi recruits. (See: Report: IDF Forged Figures of Real Haredi Recruits) 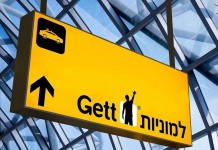 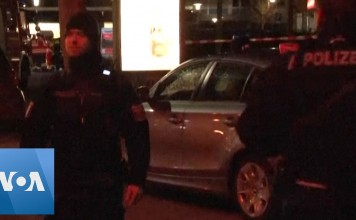